There are six cool insurance policies I wish I had. People would be happy to shell out for insurance they see some use in having. I was thinking about this subject the other day and gave it a good five minutes of deep thought. (Well, three and a half minutes.)

While it doesn’t happen often, every now and then it rains in Las Vegas. One day it rained so much a flood came down our alley and caused some damage to the little house in the back. According to the insurance agent, the damage was caused by the flood waters and not the rain, so that was that.  In their view, rain is an Act of God and floods are an Act of Alleys.

Whether it was the rain, or for some other reason, knowing that the MOTH’s (man of the house) retirement looms, I researched houseboat rentals on the Mississippi for a future vacation. These fantasy vacations will probably never take place, but I never get tired of the exercise of gathering the information.

We’d definitely need insurance for a rented houseboat. As for insurance in the real world, we have auto, homeowner’s, health, and theft; the standard policies most people have.

But insurance companies need to become more relevant to the different times and seasons of a person’s life. 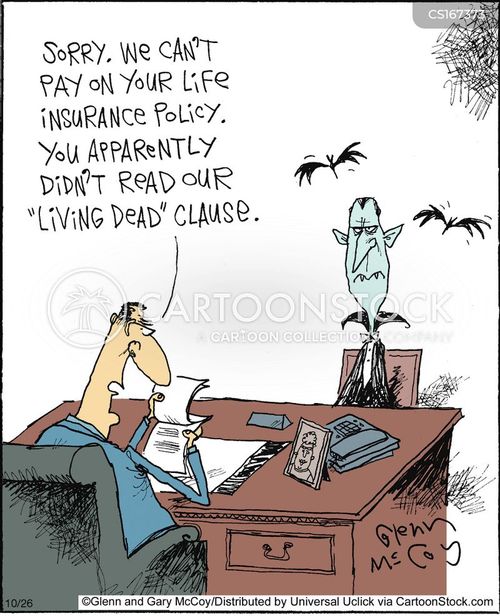 There are many people who don’t drive anymore, or own anything worth stealing, or who take a c’est la vie approach to life. They don’t have insurance for anything. I like those people. Other people have insurance policies backed by Smith and Wesson. I prefer to leave Mr. Smith and Mr. Wesson alone until I have training in their methods for recovering money.

In the meantime, I wouldn’t mind receiving a check from my insurance company for circumstances like these:

Not just our own, but other people’s. This policy would include a rider for Tactlessness, and for those occasions when we’ve been talked into ‘being open and honest’. It would include teasing a person who took it seriously, or when we drink and get ‘loosened tongue’ syndrome. This is the Why did my ‘friend’ unfriend me on Facebook? clause.

The Get Over It rider for hurt feelings covers your own pity parties.

It’s rare that anyone shows up for those parties, mainly because you didn’t send out invitations. So you eat 5 gallons of ice cream all by yourself. This clause pays for membership at a gym or a new wardrobe in a bigger size. If a company sent me a check when I got my feelings hurt:The State Farm Kiss and Make It Better Policy, I’d get over it ASAP.  Macy’s is just down the road.

An extra rider would be available for when you’re inadvertently rude to someone who could give you a job or a loan, only you didn’t know that at the time. This rider would be a tad expensive, since it’d be your word against the insurance company’s how much the loan would’ve been, or how much the job would have paid.

This policy covers the current value of something you gave away, even if it was ten years ago. If you just found out how valuable it is, you get the monetary equivalent of what its value is today. Don’t come back in ten more years wanting more money.

If you show up at the Antique Roadshow and they tell you that Gramma Peabody’s painting of a fat lady from the 1920s is now worth six figures, and you gave it away just last week, they have to pay you.

I regret the things I gave away in the midst of moving, or cleaning. I always found out later that they were ‘vintage’ and valuable. I want to find the people or the thrift stores I gave them to and demand they give me money for them. This would make me a very selfish person, but with an insurance policy covering feelings of regret, I won’t have to worry about my disreputable reputation.

This would be similar to life insurance. You wouldn’t get as much money as you would for a life, but it’d be enough to buy lots of new friends.

These inadvisable decisions we all make include rotten spouses, jobs, pants that make you look fat, treadmills that never get used, and houses bought with malicious spirits running rampant, scaring you spitless.

This policy would cover most poor choices and decisions, but an extra rider on this one would include staying out too late, drinking too much, and feeling like crap the next day. If you lose a sale, or your job, because of a ‘day after the night before’ you’d be covered. Have fun!

Don’t take advantage of this policy, however; just because the insurance company will cover you for these contingencies, doesn’t mean they won’t cancel your policy as soon as you use it.

5) Insurance against movies that suck

You spent a lot of time and money finding a movie you want to see; getting there, buying a ticket, ponying up for popcorn and soda. You find out halfway in that the best parts of the movie were the previews you saw at home, but you’ve invested so much already, you can’t get up and leave. I want insurance for that.

The I wish I could get back the last five hours of my life  policy covers the entire evening, if your date happens to suck, too. Maybe he was an insurance agent and all he talked about was the difference between term and whole life. Plus, he was a terrible kisser, ate onions, and insisted on splitting the bill for dinner.

6) Insurance against becoming an angel. Or a demon. Whichever.

According to Supernatural the television show, when a person gets possessed by a demon, they get iced by Sam or Dean with a wicked bronze knife. The demon leaves, on the move for a new body, but the old body is now kaput. That’s not fair.

I’m willing to bet spouses would have a hell of a time collecting on that life insurance. Sometimes, they don’t even know where the body is. It just looks like a case of the spouse running off with someone who has creepy black eyes.

Occasionally, demon black smoke leaves the way it came in, out the victim’s mouth, and if the unfortunate person hasn’t been shot or thrown off a skyscraper, which really ruins a borrowed body, the formerly possessed can just get up and go home.

However, if someone is possessed by an angel, like the unprepossessing guy the angel Castiel inhabited, that person can’t go home again.

Demons will be chasing after them and their families forever, like the CIA or the KGB, torturing them to find out “what they know” about Heaven, and why they were chosen to be angels. Undercover demons need this intel to infiltrate the Big Guy’s headquarters.

The I’m the Right Hand of God clause would provide for your family in the event your hubby feels called upon to save the world and prevent the Apocalypse. Getting his boss and the insurance company to believe that’s really what happened to him is another matter.

Good luck with that. 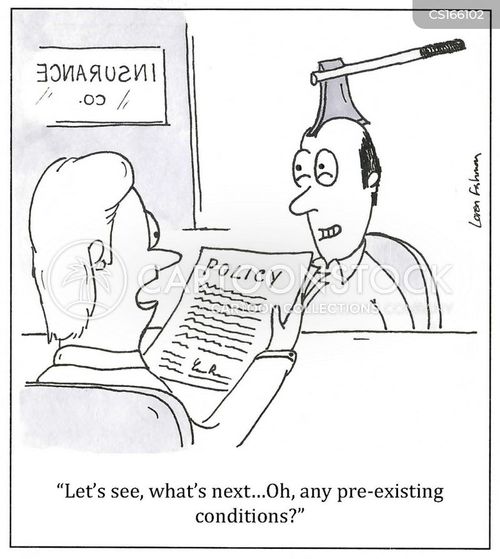 Hear No Evil and Speak No Evil and You'll Never Get Invited To Parties
Phobias Do Not Scare Me. Unless I Have One. Do I? Is One Crawling Up My Back??
DMSO Is The Bomb
Please follow and like us:

We Want Plates: Ways To Serve Food On Anything But A Plate

3 thoughts on “Six Cool Insurance Policies I Wish I Had”