I see what is  going on with eye doctors whenever I go for an exam. I was amazed when I found out my new glasses prescription is EXACTLY the same as the one from 2008.

In medical terms, this means that I’ve dropped from Level Blind As A Bat to Level Mr. Magoo, and can safely pet small shrubs at night, thinking they’re kitties. Granted, a Margarita was involved when this happened, but I did pet the little shrub, and say, “Nice kitty.”

Proving that even though I may have been a little tipsy and more than a little blind, I’m still a good person.

What is the cause of this turning back of time to better eyesight?

Could it be the disgusting chunks of kale and spinach I put in my green smoothies? The astragalus I take to lengthen my Telomeres ’cause Dr. Oz Sez So?

Perhaps it’s my incomparable joie de vivre and youthful spirits, or the fact that I read Dave Barry who embraces immaturity the way an addict embraces heroin.

All these questions leave us with a few answers, such as the fact that Telomeres is a great name for a rock band, unless The Ventures have already recorded a song by that title.

Maybe my eye doctor is a doofus who will cause me to get into a terrible car accident because I can’t see the stop signs.

Note to tourists: Be advised of Magoo warnings on the roads of Vegas.

My eye doctor, who I saw about a month ago because it had been three years since I’d been to one, was not an Urban Myth. I have been half-convinced for several years that doctors have been phased out, and are kept in a vault in New Mexico. (Maybe Medicine Bend?)

There, they are fed and cared for by the government with our tax dollars. This is happening in case we’re invaded by aliens or destroyed by other means, and Congress needs the doctors for themselves. Go to any practice (I wish they’d stop practicing and just get good, already) and you may never see a doctor. You will see lots and lots of young women, who were born sometime after your midlife crisis, and have the power to totally ignore everything you’ve told them because they’re wondering which bar they’ll go to that night.

These young women have twenty voice mails every morning at work, spewing desperate words of plea, “Please call me. My insurance company hasn’t received my information yet.” These young women will never return your frantic calls. They are not being paid to do that. Just ask them.

Eventually, you may get to spend some time with a man or woman who has certificates and diplomas on the  office walls. My eye doctor told me (after I posed the question) in no uncertain terms, that I would need eye surgery sometime in the future. He also said my eyes were ten years younger than I.

This was odd; I know I’m older than my teeth and hair, but my eyes?

(Actually, he said my eyes were that of a person ten years younger, and I asked him to introduce me to this person so that I’d know what I was looking at when I’m not around.)

After I decided to be gratified for this quasi-good news, he gave me my prescription and I went on my way. He didn’t give the eye test. One of those young women did. I think I saw a total of three or four young women before and after I saw the doc for my Federally Mandated Five Minutes With a Doctor.

I tried to memorize the eye chart so I could get 20/15 vision, but thought of it too late. I shouted out the final answers, while I was wearing the high-powered eye doc thingy that looks like something an arch-enemy of Spiderman might wear.

If I hadn’t asked (remember kids, Never Ask, Never Tell) if I was right about the final letter on the chart–written for a person who was obviously subjected to radiation in the womb and now has superpowers–the Young Woman Who Administers Eye Tests may have given me the 20/15 rating, but I blew it.

I also discovered who got the concession for street signs. When signs aren’t hidden by overhanging trees, or behind walls, they’re occasionally visible to oncoming motorists, but only if people park at the curb, get out of their car, and walk over to read the sign.

It was eye doctors all along who got the concession, showing real entrepreneurial spirit. Plumbers showed this spirit too, when they designed pipes small enough to capture three strands of hair at a time, which will eventually plug your drain.

This is what Makes America Great. Making sure consumers need you, that’s what.

It’s the Circle of Life.

The moral of this story is, just use your old prescription from six years ago, and save yourself some time.

Caveat: You have to drink chunks of kale, though.

The Magnificent Seven Takes Over Michigan
Conspiracy Theory Enthusiasts, Your Cruise Sets Sail At....Wait. Who Wants To Know?
A Man And His Sneakers Are Soon Parted
Please follow and like us: 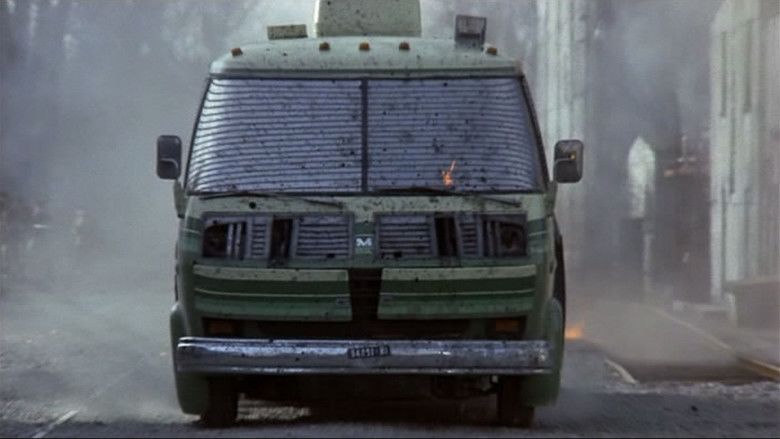