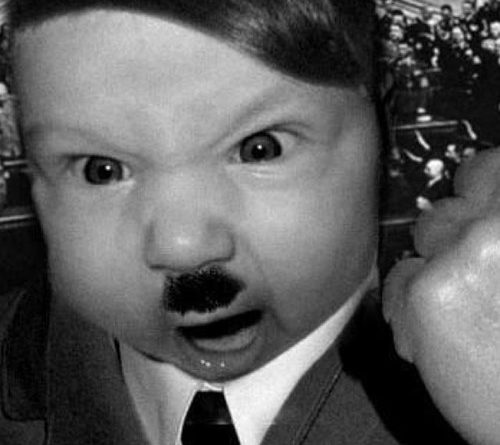 Give me a child until he is seven, and he will never be white again! Out rang the words from the city of Seattle to all and sundry. Seattle recently required all white city employees to attend a racially segregated meeting to combat racism.

(This is where I didn’t even have to make something up.)

A “diversity trainer” greeted the employees as they entered the meeting room. The one cheery note to the training was a fanciful sign posted on the door stating, “Come on in, take off your skin, and dance around in your bones.”  This soon engendered mixed and uncomfortable feelings among those attending, as their bones were blindingly white.

Included in the training materials for employees were graphs and flow charts printed on dark paper. The room lights were dimmed so the pamphlets and brochures could not be read, but no one would admit that it was “too dark” in the room. Many dozed off, revealing “physical comfort” with their surroundings and their privileged status as white Nappers.

One Trainer–dressed as the Mad Hatter in an outfit from the previous Halloween–taught the Nappers a valuable lesson by drawing mustaches and spectacles on them while they slept, in order to instill distrust in their “arrogant individualism,” and their overweening “internalized racial superiority,” which was clearly exhibited by their “comfort and silence.”

It was quite a nap. A “power” nap, as one foolhardy soul expressed it. He was later seen boarding a bus for an internment camp, where inmates are fed Cheerios, Wonder Bread, and Diet Pepsi, and are forced to watch the Disney movie, Bambi, all day, every day.

After the meeting, as the white attendees left the room, a few were seen politely letting others go first, while some held the door for people behind them. They were harshly reprimanded by their Trainers, who had told them during the meeting to give up “niceties from neighbors and colleagues”.

The reprimand prompted one man to slap a woman who was holding the door for him. She was heard to thank him for the gesture, after which she kicked him in the nuts. He cried and they embraced until their Trainer told them to knock off the “racist white privileged stuff.” She was exhibiting “individualism,” and he “control and violence,” said the Trainer.

“Further,” he added, as they continued to sniffle and clutch their injured parts, “holding a door for anyone, including your grandmother, signifies appropriation of cultural mores handed down through generations of classism and paternalism.”

One woman left the room sobbing as she thought of her elderly white parents, and a neighbor who is a disabled woman, with whom she’d become friends and who she helped out with various tasks during the week. The Trainer, showing great compassion, told her to “Shut up that crying, unless,” he interjected with a hopeful note in his voice, her “friend was a black woman?”

Employees who are parents were understandably worried about their children’s welfare in this Brave New Anti-White World. To soothe their worries, their Trainers informed them that until their kids turn six, State-Owned white children of white parents will be given special training by diversity instructors who work for the city of Seattle. This training will teach them how wicked and evil they are for being born white, and instill in them a sense of despair, hopelessness, and self-castigation. Included are papier mache projects and finger painting. There will be 15 minutes a day allotted for bathroom breaks, a quick lunch, and maybe a stroll around the backyard.

Some children never recover from this training and have to become brutal dictators of countries that try to take over the world. Nevertheless, training continues apace, and–as I see by my notes–we are hopeful for the future.

Annoying Myself Silly With Self-Imposed Challenges
7 Hot Button Issues of Political Correctness That Can Be Injurious To Your Standing As A Bigoted Dwe...
Kissing Spreads Germs So Pucker Up
Please follow and like us:

3 thoughts on “Give Me A Child Until He Is Seven, And He Will Never Be White Again”