Love, Sex, Romance and All of That
February 22, 2019May 12, 2020 gigi wolf 8 Comments 10 things women don't do in movies, Clint Eastwood, dancing with the perps, Dirty Harry, scream and run, self defense, toddlers Yelling at the the television is an obnoxious habit, and proves I’m getting old, or crazy, or need to get out of the house more. I don’t care. I will take you down if you tell me I can’t yell at people in movies.

As a general rule, I never yell at scenery or animals, proving I’m not that crazy. “Quit grazing near that river, you crazy deer! Something will get you!'” Or, “You damn bridge! You’re blocking the superhero!”

People, on the other hand, are perfect targets for unsolicited advice given at the top of my lungs. Especially since they can’t argue with me. I even yelled at Harry Callahan. He didn’t hear me, since it was 1975 and voices can’t travel that far.

As a saving grace, I sneered at the bad guys instead of yelling and made snotty suggestions for taking Harry out.

I’m squarely on Harry’s side, but c’mon.

Those bad guys just stand there, while Harry faces off with them at a foggy distance, his gun pointed down while theirs are pointed up.

Or, they stand stock still as he shoots a rocket launcher, instead of hitting the deck. I’ve had rockets launched at me and they aren’t that hard to avoid, especially with several seconds of warning.

Remember the last time someone yelled, “Heads Up!” at you?

The first thing you did was look up. You saw a bag of chips or whatever, coming right at you, and you either caught it, or you screamed and ducked, because getting hit with a bag of chips can cause serious harm. Those suckers are made from potatoes and potatoes are excellent weapons of mass destruction. Ask the Irish.

The women in movies make me especially crazy. A bad guy grabs one, leaving his head fully exposed to a crack shot detective, which Harry is because I saw him participate in a Shoot-A-Bad-Guy competition.

The bad guy’s arm is wrapped around the woman’s neck and he’s thinking he’s all that and sneers at Harry, who’s squinting all Clint-like, and who then drops his Magnum.

There are several things this woman should be doing and doesn’t, and this is the expression on my face as I watch her struggle:

I have some valuable tips for these women, which, should I ever be in their position, I would probably not do either because I’d be scared spitless and forget my own name:

She doesn’t drop like a bag of dirt when he whips an arm around her neck.

Toddlers do this instinctively. Pick one up for bed or a bath while he’s building a skyscraper from Legos, and you’ll be down for a week with a slipped disk.

He’s either spreadeagled on the floor, or down the street without his shirt, because that came off first thing on his slide down your belly. And he weighs a lot less than a grown woman.

Protestors who get dragged off the street by cops do it too, and they are no smarter than these women.

Meanwhile, our female hostage is following the perp’s footsteps backward and forward like they’re rehearsing for Dancing With The Stars. She should drop like a protesting hippie when he grabs her. He wouldn’t get far trying to drag 130 pounds or more of dead weight.

He might drag her by the hair, but she can always grow more, and now he’s a nice, visible target.

A bad guy’s wrapped his hands around her throat, and she forgets all about the length of her arms and the long fingernails she’s invested hundreds on, and hours more whining about, when they get chipped or broken.

Everybody’s had an eye poked, usually by accident, sometimes by design, when that bratty toddler puts his sticky little finger in one. Even a high wind that whips hair in your eyes hurts.

A woman being strangled can gouge an eye, stick a finger up a nostril and pull, yank on an ear (if he’s wearing an earring that would be great; remember when a toddler pulled yours?) twist a nipple (men have these, too) pull on hair, yank on lips, bite down hard on any available portion of anatomy, do everything that toddler does on his way to the tub.

Some men are real wussies and they aren’t used to having their eyes poked or their nipples twisted.

3) She doesn’t use her head

Just like that so-called “innocent” toddler. When that kid tips his head to the back or front and then throws it in the opposite direction, slamming your nose clear back to your ponytail, that sucker hurts. A lot. And his head isn’t as hard as a woman’s.

(Are you thinking what I’m thinking? That toddlers are a lot more dangerous than the perps? We should use them to protect the public welfare. This would make bribery more convenient and less expensive. A lollipop would get you out of a ticket.)

She’s managed to take a guy out with a handy can of hairspray, and bonked him with a hair dryer, or a jar of face cream, and she sits down with her back turned to catch her breath!

She should continue bonking him on the head with the hardest thing she can find, instead of panting like a tired dog, leaning her head back, and closing her eyes.

The guy comes to, and there she is, fighting for her life again. Oy.

She’s got a world full of inanimate objects, but doesn’t pick up her World’s Greatest Mom mug and pitch it right at his nose.

It’s even better if it’s filled to the brim with hot coffee.

6) She doesn’t back slooowly away

She comes home, or walks up to a house, and the door is unlocked, or standing open, and she walks in, making sure to call out and announce her presence.

I wouldn’t walk into a church that looked suspicious.

7) She doesn’t get the hell out of there

Like that woman who took down the perp with hair spray, she sits there, when she should be jumping out the nearest exit, even if it’s a barred window.

We possess a scream that shatters mirrors, which we tune like an opera singer on our kids, but this lady is completely silent when in mortal danger.

She should be running AND screaming, like she’s giving birth to this guy.

Which if she was, she would be.

8) She doesn’t pick up the gun

Or, if she picks it up, she lets the guy walk right up to her and take it away. You gotta use it, because it’s either them or you, baby.

If you’re squeamish, shoot him in the foot, or the knee.

Chat him up about her latest shopping expedition and that snotty clerk, wax eloquent about a fabulous shoe sale, and drone on about the many ways her co-workers suck.

When my son was a baby, I’d put him in a baby backpack and go hiking in the woods near Colorado Springs. I’d pack a jar or two of baby food and we’d rest on the trail and admire the view, while I fed him Gerber Goop and held a bottle for him.

There were warning signs posted at the trailhead that said, Watch For Bears, or something equally soothing to lone women with babies.

I asked the ranger what I should do if I saw one, because with my son on my back, we’d be dinner AND an appetizer.

The ranger said, “My advice? Pee yourself. They hate the smell.”

Men are the same as bears; they hate dirty underwear, even though they own most of the world’s supply. They also have trigger happy gag reflexes, so doing what comes naturally might “piss” off a perp and send him away in disgust.

As for a bear sighting, not only did I have a tiny pee machine hooked to my back, but should I have seen one, peeing would have been a given.

I might even have been convinced to go the extra mile and poop my pants.

Conspiracy Theory Enthusiasts, Your Cruise Sets Sail At....Wait. Who Wants To Know?
Kissing Spreads Germs So Pucker Up
The Back Story: Otherwise Known As He Said, She Said
Please follow and like us: 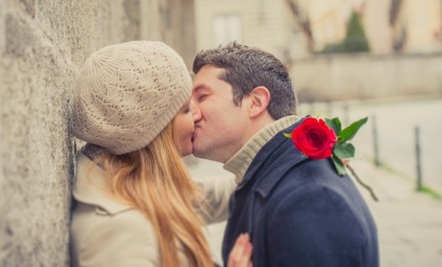 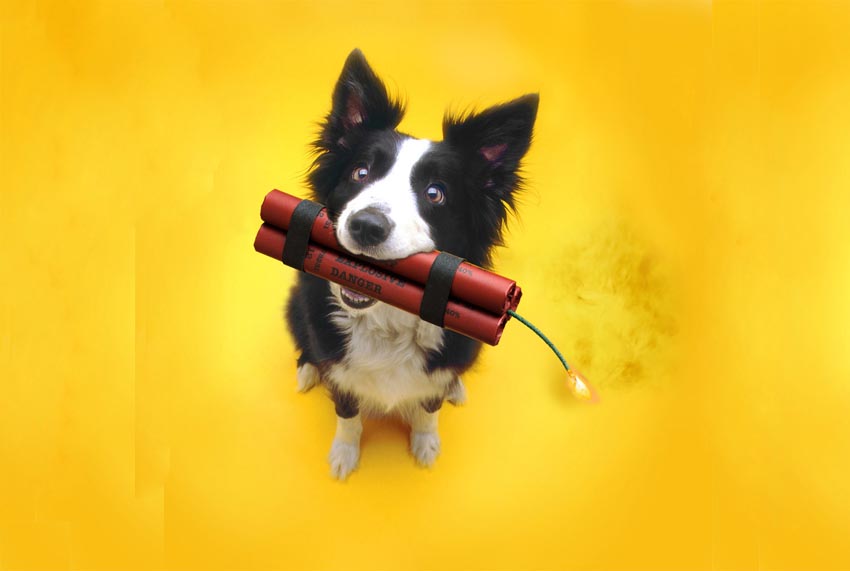