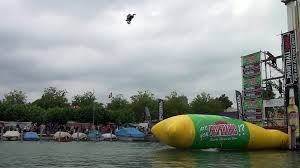 The bucket list will wipe you out. Literally. We’re all supposed to have a “bucket list;” things we want to do before we kick that bucket. Who uses a bucket anymore? They got those Swiffer jets that fly at 500 knots per square inch of linoleum now.

It was fun to wash the car with a bucket though, get wet and soapy outside in short shorts and a tank top. If I do that now, I get the fun of scaring 20 somethings with the sight of Grandma in a wet tee shirt.

Let me tell you what the bucket list is really about. It’s about making sure you “go” sooner, rather than later. It’s about getting rid of a few people who swim in the shallow end of the gene pool, thus saving Medicare buckets of money down the road.

If you don’t believe me, let’s take a look at some of the things “they” (meaning those shadowy men in suits who work for a shadowy government agency), suggest we do before we “die.”

To make sure we’re doing those things, they send black helicopters out to film us and then report back to the Department of Health and Human Services and AARP. These two have been fighting a lot recently over this. AARP depends on our $16 a year. Never once have they brought up “bucket lists” and bungee jumping in their magazine.

SCAD stands for Special Catch Air Device, or alternatively, Sleep Comes After Death and Spontaneous Artery and Coronary Dissection. Need I say more? Right in the first example, I hit it out of the park and proved “they” want us to die now, and save “them” money. (Sleep Comes After Death would be an awesome movie title.)

You know who can go jump? Whoever made this bucket list.

Look at that ledge he jumped from. That wasn’t formed after “millions of years of weather.” That there is a ledge built by the Council of Aging in co-operation with Medicare. It looks like it shot that guy out of a cannon. And the peak to the left? Looks like the Grim Reaper with the shawl hoodie thing on and his hands under a spooky sheet going, “Jump, Jim! Jump! Come to me noooww!”

Okay, I could go horseback riding on the beach. I’ve always loved horseback riding. Never got to do it on the beach, though. Now I’m supposed to take a two ton animal with hooves into the waves and hope he’s a trained lifeguard who isn’t looking out for Number One instead of the rider doing number two because she’s scared s***less of drowning under the weight of a scared two ton animal with flailing hooves.

Do horses even enjoy swimming? It seems like something they do when they’re forced to in a civil war or when they settle the West. That was no picnic. They didn’t even list “Settle the West” on a bucket list. I told you the bucket list would wipe you out and a panicky horse will, too.

Blob jumping requires being launched into the air a million feet by someone jumping onto a half inflated big balloon. Check the image up top. If you thought jumping to your death off the Golden Gate was scary, at least it’s straight down when you do it.

Blob jumping takes you over dry land, and that hurts a lot when you land. Which you will do in a few seconds. I’d rather go Bob jumping, whoever he is.

Bungee jumping at bucket list age is covered in the video below. Jeanne says it all.

Flyboarding is another water torture event, like waterboarding. You stand on a board and are lifted a couple hundred feet above water and are expected to keep your balance while on top of two fire hoses.

This one is okay. I’ve done it many times. I’m not sure why anyone has to do it before they die, though. The skates always suck, unless you have your own. I’d suggest roller skating at a roller rink. Either way, you’re bound to break a hip. Fun!

All of these require the strength and flexibility (in this case, being able to move fast enough and far enough to save yourself from being flattened against water that feels like concrete when you hit, or landing on rocks, which are just as hard from two hundred feet up) of a 20 something, who is always dumb enough to do all these things.

Any of them are highly dangerous, not to mention embarrassing, to those who even have bucket lists.

Clearly, bucket lists are for the very young, who will most likely always remain very young in our memories.

Bulletproof Your Relationship With Two Billion Dollars And A Kevlar Vest
Smoking In Your Car With Kids In It Is Against The Law In Some Places, So Leave The Kids At Home
I Am Packing, Therefore I Am. Packed, That Is
Please follow and like us: 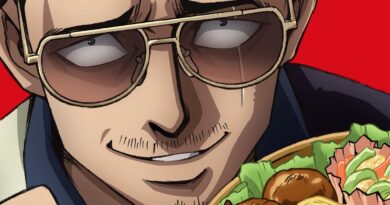