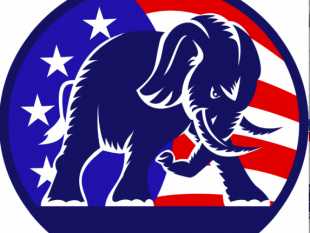 I see that you’re gearing up for the presidential election. I’ve been waiting around to see if you’d stop hating me because I’m beautiful, but I don’t think much has changed in recent years.

According to people in the know, men, and even many women, hate beautiful women. It has something to do with evolution. Or sociology. Or high school.

Most people never progress emotionally past sophomore year. This is why you’re bothered when no one sits with you at lunch, even though you’re eating at your desk.

(Don’t ask me why I put a Kazon up there; they just seem like they may be Republicans.)

Is this putative hatred of beautiful women based on scientific evidence? Does the Party hate all women, or just beautiful women? Some Republicans think women have supernatural powers, like the ability to shutdown unwanted pregnancies.

Others say contraception is not okay because it may lead to “dangerous or unnatural practices” in general society, like driving on the left, or eating sushi with a fork.

Another Republican man said rape should not be prosecuted because women have abortions, therefore they deserve to be victims of violence, too.

This guy is in luck, because I followed his thought to its logical conclusion. Since it’s mainly men who rape, he should be raped.

“Aha!” thought I. “The Republican Party is saying these crazy things because I’m beautiful!” What other explanation could there be for such 17th-century pseudo-scientific meanderings?

(I really don’t think we should insult a former century. Da Vinci wouldn’t say such things. He was ahead of his time. He was even ahead of the 17th century.)

The majority of the Republican Party is white and male. We can discount the female members, like Palin or Coulter, who are good-looking women. The Party has made sure they only say stupid things, so it’s alright for them to be beautiful.

The Republican Party does not just hate beautiful women like me. No, they also appear to hate gay men and women, and even poor and/or elderly men and women. That blows my theory all to hell. Am I now to suppose I am not as beautiful as I had at first suspected? Neither am I gay, or super poor, though I am frequently broke.

Despite evidence to the contrary, I feel obligated to conclude once again that I am hated because I’m beautiful. Which really doesn’t bother me, you know.

There are differing opinions as to why men in general hate women, especially beautiful ones, if indeed they do, or whether the ones who do, are indeed, Republican.

There isn’t verbal stone-throwing or woman-bashing from Democrats, but on the other hand, Republican administrations have appointed some intelligent women to high office.

One of the reasons given for this putative hatred, as cited from an unimpeachable source, Cracked.com:

“Men were promised a ‘hot chick’ growing up, because they watched movies with a gawky, awkward hero, who regardless of his looks, got the hot female star. This did not happen to him in real life, in spite of the gifts he gave her, or how nice he was, or even after he pulled her from a burning building. This led to feelings of anger and betrayal.”

(Okay, the building wasn’t on fire, and she didn’t want to go, but that is neither here nor there.)

Well, join the club, Ordinary Guy. Few of us beautiful women got George Clooney or Brad Pitt, and if we did, we lost him to Angelina. So there.

Another reason for this putative hatred is that men have been trained from birth to see women as decorations and they get ticked if a woman does not measure up to mainstream standards in weight or looks.

Any successful woman, if she does not look like the aforementioned Angelina Jolie, suffers the wrath of men and women alike.

People always comment on a woman’s looks, and it doesn’t matter if she’s a Harvard educated appointee to the Supreme Court, or a resident of a run-down trailer park who’s been accused of murder. Her looks are first and foremost on everyone’s mind.

Men comment on her looks because they think about sex 99% of the time. However, many women make nasty remarks about a woman’s looks too, whether she’s good looking or not, and they must have reasons other than male sexual obsession or free-floating hostility.

Because men think almost exclusively about sex, they believe that women will ruin them, because they get Inappropriate Boners.

(An inappropriate boner is one not sanctioned by the Department of Health and Human Services or the local constabulary, but it would be an awesome name for a rock group.)

These feelings about women cause many men in public jobs–like Santa, or judges–to indulge in auto-erotic behavior (this does not mean making out in a car) while doing their job. Hanging judge does not refer to a public servant who went commando under his magisterial robes. Santa is another story; he should not “come” down the chimney until Christmas Eve.

Men may hate beautiful women because they feel their manhood was stolen from them, as far back as kindergarten. They didn’t get to act like Spartans and go to war with spears and swords and kill a bunch of enemies on the playground.

Instead, they were exhorted to be kind and gentle. They became resentful, and blamed women for feelings of powerlessness, because it was their mom or female teacher who punished them for socking someone.

The notion of the “succubus” came from these deep seated feelings of resentment for being civilized against their will; she’ll get you while you’re sleeping, and you’ll enjoy it, but resent the intrusion.

If women don’t have babies, they will have too much time on their hands, so much time they are very likely to get an education and become successful, thus making men feel more discomfort.

I conclude with this thought: Republican Party, we all have to live together, and while I won’t be beautiful forever, someone else will come along who is just as beautiful.

You Say Couch Potato Like It's A Bad Thing
Would Daniel Boone Put Up With Your Misophonia?
How To Be A Mean Girl In Five Easy Steps
Please follow and like us: 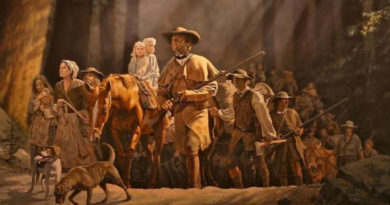 Would Daniel Boone Put Up With Your Misophonia? 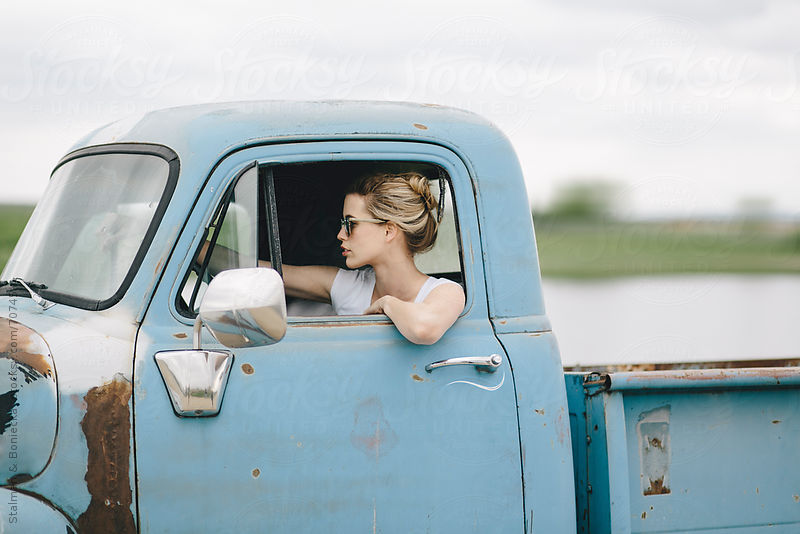 6 Reasons Driving A Pickup Truck Can Be Life Threatening. To Other Drivers.