Recently, a friend asked me, as a topic-introducer, though Lord knows we don’t need one since we never shut up when we get together, what topical or hot button issues of political correctness I’m soft on. Frankly, I am soft on all of them, especially fitness, because getting hard is really hard. Especially at my age.

This whole question is a set-up, and will lead you into the sand trap of political correctness.

You should not answer this question, except on your own blog which you can be pretty sure none of your friends are reading. The friend who asks it will have diametrically opposed opinions to yours and since yours will likely be opposite to popular consensus, you will look like a bigoted jerk.

Since I am a bigoted jerk (although I do manage to hide this fact from most people), I don’t really care what other people think, but not everyone can be as brave as I.

There are some issues that almost everyone agrees on, such as discrimination (which is generally bad, but just try proving you’ve been dissed), and bullying. After some thought I’m not even sure about bullying.

I have met many middle-schoolers who could have used a little bullying by a cranky substitute teacher.

So, to reiterate the Bigoted-Jerk question: What hot-button issue are you soft on? Safest answer: Almost all of them. Or, none of them. Whichever you prefer. I don’t really care.

Since you will never win, have fun with it!

1) Most of my liberal friends are against guns. I, however, am soft on gun control.

I want to know I have protection against police who are likely to shoot me.

Cops don’t generally shoot older white women, but they may be rethinking their strategies even as we speak. They will decide to start shooting them in order to distract the public, in the same way they pat down old ladies at the airport to prove they are not discriminating against a certain group of people.

I have never seen a regular person, meaning someone like me, with a gun, who’s involved in a shoot out even though I do get out of the house now and then, so I’m never sure what all the fuss is about, gun-control-wise.

All the background stuff they do on people who want to buy a gun is great I guess, but that just doesn’t seem to matter if someone really wants one. They’ll just go steal one.

My consensus: The safest place to live is in a town where everyone carries a gun. Of course, most cowboys in the Old West did not die in a dramatic face-off in a corral or the street, but from a shot to the back, so you’ll need to watch yours, and quit stealing your neighbor’s newspaper.

2) With the exception of just a few, most people I know think anyone who wants to get married should be able to. I, however, am soft on same sex marriage.

I’ve never been married and I don’t see why I need to get all worked up about another person’s proclivities toward a legally binding union.

I personally don’t care if someone wants to marry the family goat, although I am firmly for animal rights and I’d want to know the goat was happy with YOUR choice before I approved a union of this sort. Plus, he’s the family goat, so it would be incestuous.

I don’t know why a goat would lower itself enough to marry a human, but each to his own. I also don’t know what benefits are conferred by getting married. There must be some and I must remember to ask a same sex couple when I get the chance.

3) My educated acquaintances want to give everyone citizenship. I, however, am soft on immigration.

I don’t like all the people who are already here, although that may be because I keep watching video film clip shows of stupid people, or catching glimpses of reality shows where strange looking people keep towing away cars.

I see no reason to let more weirdos into this country. Castro sent us a bunch of Cubans once, and right away incestuous relations with sisters increased in Miami. Also, I hate traffic and I fail to see why anyone would be in favor of more.

If they’d let me and if they’d give me one of those guns, I’d remove certain perps from existence. I would require definite proof of guilt which is conveniently provided on YouTube by the people who committed the crimes.

Any revenue provided by their video clips would go directly to their victims.

5) Most reasonable people are against the universal use of drugs. I, however, am soft on drugs.

I think all drugs should be legalized. This would not only deepen the gene pool, because many carriers of the Stupid Gene are puddled in a corner somewhere with rivulets of drool rolling down their chins, but it would empty the jails keeping the cells free for insider traders.

It would also add dollars to the GNP, which stands for Great New Pot.

I’ll expect my check by the fifteenth of every month.

Legalization would also necessitate making nice clean drugs made according to government standards. These standards kick in about the time attorneys first find out about the third nipple you’ve grown after ingesting the legal drug your doctor gave you three months ago.

6) Most people I hang out with are outraged at their lack of privacy, and their loss of freedom to organize terrorist cells. I, however, am soft on privacy and government surveillance.

I say, have fun with it!

When you’re talking on your cell phone burst out with random words now and then, words like ‘assassination’ or ‘Al-Quaeda’. Do this while you’re talking to your mother.

I have a friend who came to visit us here in Sin City where many things are legal except the lottery-unless you have a hooker you want to auction off for charity.  We took him to visit Hoover Dam. There’s very little here that is private, and if you think that ‘what happens here, really does stay here’, I have a casino I’d like to sell you.

As we walked over the bridge of the dam and passed a security guard, our friend said, ‘Jihad!’ in a high voice.

The guard looked around trying to determine the source of the word, and we prepared to roll over on our friend if the guard decided our group should be filed somewhere at the bottom of the dam.

(I haven’t heard from my friend in awhile and I’ll just go check up on him, if you don’t mind.)

As for surveillance, if the government wants to spy on us with little robot cockroaches, moths, and drones, give them something to see.

7) Reasonable people are all for education. I, however, am soft on literacy.

I don’t care if everyone knows how to read and write or not. No one reads or writes, anyway. If they tell me they’re the next Dickens I might relent. However, I don’t know anyone who has ever read Dickens other than Tale of Two Cities or the Christmas Carol, much less writes books like his.

Writing is limited to a comment on a post they’ve put up on their Facebook wall such as, ‘‘There kitten really wants that cheeseburger over their” and who am I to correct them?

Someone commented on a quote they posted on their wall which showed up on mine. It was a quote about literacy and their comment said something like ‘whom wanted to read and write’. How could I tell this person they were really ignorant, without sounding smug and superior?

I felt smug and superior, two of my favorite feelings, whomever wants to know, but those feelings come naturally to bigoted dweebs.

Please continue to overlook all of my grammatical errors.

Ultherapy Hurts, But It's So Worth It
Brats I Had To Live With Day, Otherwise Known As National Siblings Day
White People And Veterans Got No Reason. For Anything, It Seems
Please follow and like us: 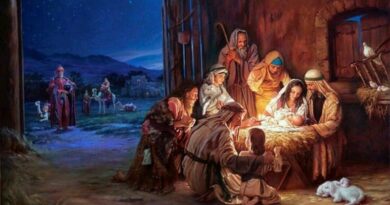 When Love Comes To Town: A Christmas Story 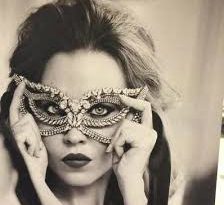