A Woman's Guide To The Universe Internet Stuff Love, Sex, Romance and All of That
August 20, 2016December 17, 2017 gigi wolf 6 Comments from diapers to depends, from strollers to walkers, older moms

There are 5 reasons to be an older mom. There might be many more, but I need a nap, and can’t be bothered to write more than five. Becoming an older mom, like at age seventy, means greater convenience for two.

I read about a woman who had wanted a baby all of her married life, which was a very long time considering her age as of this writing of 73.  She’d been unable to conceive, but still pursued her dream of becoming a mom.

She finally got pregnant at the tender age of seventy, just before moving into assisted living.

When my first response of ‘Holy Cow’ had finished echoing through the house, and ‘holy cow’ was apt as this woman lives in India, I started considering some of the conveniences an older mom may have that were unavailable to me when I became a mom.

1) An older mom can borrow her baby’s diapers.

Mothers and daughters are always borrowing clothing and accessories from each other.

Depends underwear is sized for adults, but they could be made to fit someone smaller, someone who is perhaps running low on diapers. That’s a definite convenience for this mom and babies.

2) An older mom can lend out her walker or borrow the stroller.

I happen to know that babies, unlike foals, are not born walking.

Foals aren’t really either, but they figure out how to do it within minutes of emerging from the womb, because mares refuse to bend down to let the foals nurse.

Their slogan is, “If you want the titty, you are going to have to come up here.”

This woman’s baby will not figure this out for a year or two, but I don’t even want to think about the logistics of nursing from a seventy-year old breast. Therefore, the baby may need an apparatus with wheels until it masters walking.

The elderly primagravita and her offspring can share the stroller.

A stroller that doubles as a walker, with a backward-facing drop seat, such as my mother used for awhile, would be just the thing.

3) An older mom has the right of way.

Apparatuses (apparati?) with wheels are endemic to our country. These vehicles of convenience for mothers, otherwise known as strollers,  can be found blocking every sidewalk and every aisle of every big box store, everywhere.

I have been knocked off the sidewalk and into the grass, or the street, more than once by two mothers walking side by side, their progeny walking beside them, the strollers packed with coats, toys, shopping bags, and bottles.

Who’s gonna knock a sweet little old lady off the sidewalk, while she’s pushing her stroller?

4) And speaking of strollers….

A seventy-year old woman with a new baby will need something that carries all her belongings, unless she has continued to lift weights into her golden years.

I’m not sure when mothers decided to stop carrying their babies in their arms. I’m thinking it was around the time they decided to keep wearing four-inch heels after the baby was born.

If you’re loaded up in front with a baby, and teetering on spikes, your balance should be as good as a performing poodle’s who knows how to dance on two paws. And who just happens to be carrying a load of books to return to the library.

This ‘not carrying the baby’ thing may have started when Larry Law said we had to strap a baby in a separate seat in the rear seat of the car.

It became easier to haul the seat out with the baby in it every time you stopped the car.

See, I never really had a head for financial shenanigans, but when you get older, you get sneakier.

She can go to dinner at the diner at 4:30, ask for the senior discount, and the child’s plate for Junior, Sr. Then they can both turn in early for the night. And be up at the same time, ie: 4:30 a.m.

The conveniences these two can share puts the truth to that old saying, the one that has not been true since about 1954: ‘Two can live as cheaply as one’.

Since it’s possible neither has teeth, they can also share the baby food.

What I Learned From WallStreetBets: The GameStops Here
How My Savings Account Helps Me....Save Money! Ta Da!
Are Americans Safe In Europe?
Please follow and like us: 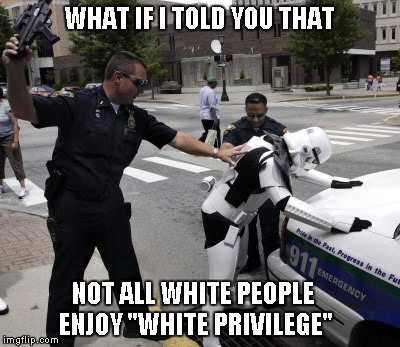 So Much Privilege, So Little Time

6 thoughts on “Of Diapers And Depends: 5 Reasons To Be An Older Mom”