A Woman's Guide To The Universe Love, Sex, Romance and All of That
March 24, 2016August 29, 2021 gigi wolf 8 Comments five things every woman should know, skinny jeans, the wet spot

The five things every woman should learn should include how to count to five, so that she’ll know when she’s finished learning.

When she’s done ticking them off on just one of her hands to make sure she’s not learning more than is strictly necessary, she can take stock of what the five things are: 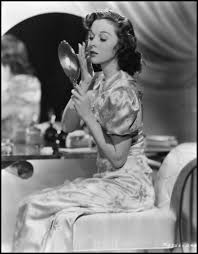 A woman should learn when it’s time to cut her hair.

She should never make this decision just because it’s hot, or it’s cold, or she hates the way she looks that day, or because she just received an issue of Vogue, or Marie Claire and short cuts seem to be all the thing now.

Those models in the magazines are all of five years old, and should be executed for being so cute.

There’s never a good time to make this decision, so just don’t.

A woman should learn how and when she should flip someone off.

She should make sure her eyeglass prescription is up-to-date so that she doesn’t flip off her boss like she did last year when that jerk in the car in front of her, who happened to be her supervisor, pulled into that juicy parking space she saw first.

The best time to flip someone off is probably never, but if she does, it should be in a different city where she doesn’t know anyone.

Even that’s not safe; one of my friends took a vacation to a Caribbean island by herself, was staying at an isolated resort, and was relaxing topless on the beach.

The couple that came along to relax on the beach near her were her neighbors back in the States.

Good thing she didn’t flip them off. As it was, I’m sure they never noticed her face.

A woman should learn how to find jeans that aren’t ‘skinny’ jeans.

Even if she’s skinny.

No one, not anorexics, Chihuahuas, or 14 year old boys, should wear skinny jeans.
A woman should include in this skill how to find jeans that really do ‘sit at her natural waist’.

Her waist has probably moved away after three or four children and is now living in Cleveland eating scones and pasta.

Move there yourself, make friends with it, and take it shopping for attractive jeans.

A woman should learn how to make sure her kids and hubby are really listening.

Pop quizzes are the go-to way to ensure this.

Think back to your school daze to remember how to give pop quizzes. Your teacher ‘popped’ them on you as soon as you walked in the door and sat down. She was a real bee-yotch.

Right after you issue an instruction, quiz these clueless people on what you said:

‘Where did I tell you to hang up your coat?’

‘What did I say to pick up at the store?’

‘Who did I mention ticked me off at work today? What was she wearing, and did she look like a bimbo?’

(The last is a true test; they get extra points if they get the answer right.)

They will no doubt fail your pop quizzes, but if you eat their dessert right in front of them and they don’t get any, they will learn toot sweet to listen to everything you say henceforward.

(This is why you can’t wear skinny jeans. No one ever listens.)

A woman should learn how to make sure her hubby sleeps in the wet spot.

Learning this means getting the ‘jump’ on him, before he gets the jump on you.

Depending on your hubby, he will either think you’re:

In his mind that’s better than thinking he’s NOT all that.

Men are so conceited, they’ll never figure out the truth– that you just don’t want to sleep in the wet spot.

Use your superior acting skills as a woman, which is something you don’t really learn, you just know, and you will have a dry, restful sleep.

How Would You Destroy America?
Who Knew The Casinos Have The Power To Stop An Eclipse?
The Bridge Of Love
Please follow and like us:

8 thoughts on “What Are Five Things Every Woman Should Learn?”