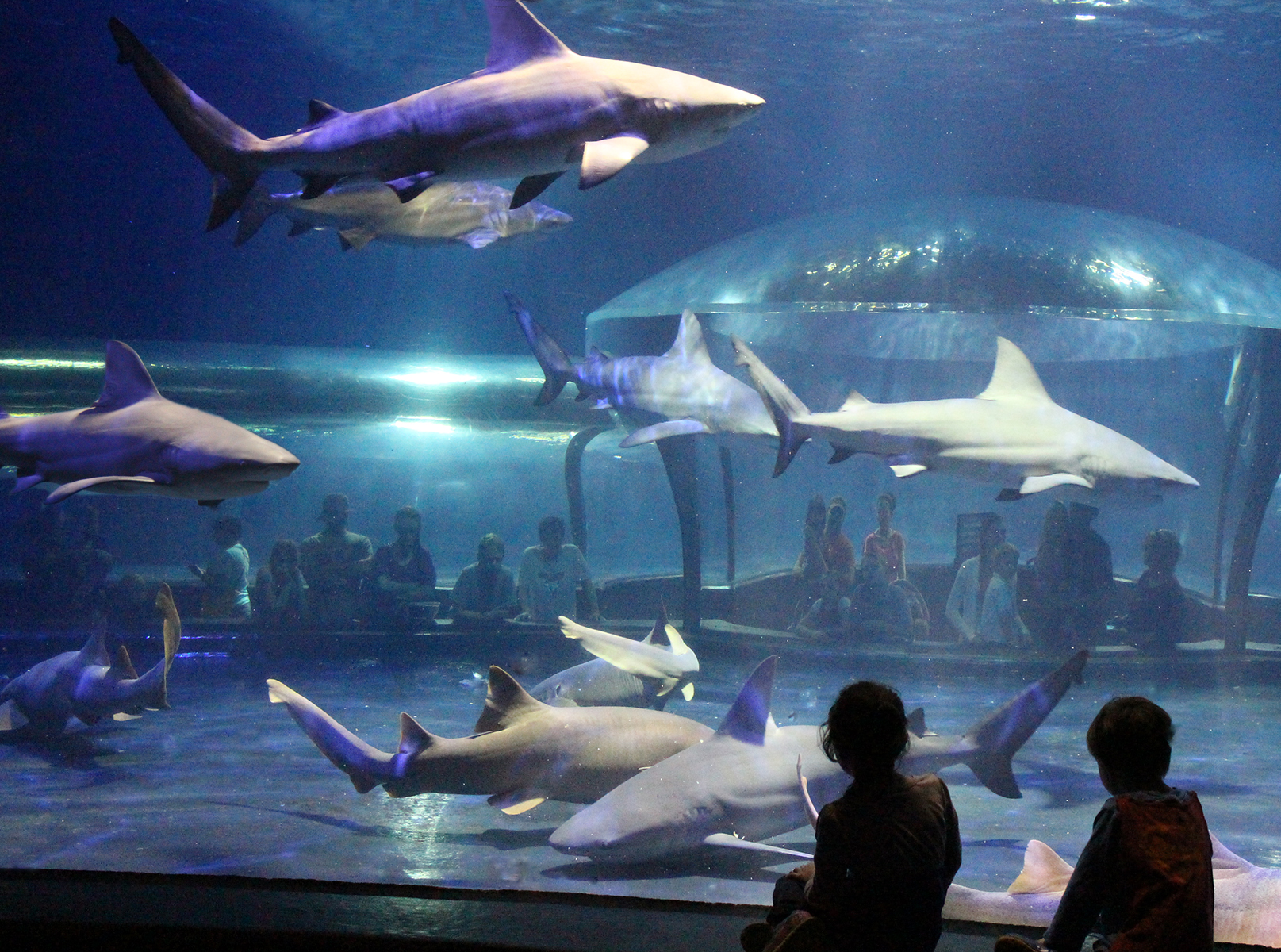 Fish and birds can be very funny, particularly when they’re in Las Vegas.

To begin at the beginning, yesterday I got to use one of my Mom’s Day Out chits. I only get so many of these a year, but not for the reason you’d think. It’s mainly because the printer isn’t working right. Because really, no one is stopping me from having 365 of these days but me.

Friends from Sacramento were in town and they and I made plans to meet up at their room. Before I went to meet them, I had an ear appointment. I’ve been saying “What?” a lot and trying to answer a phone that isn’t ringing. Listening to rock and roll at full blast isn’t helping, but true to human nature, I was sure it was caused by swimmer’s ear. Which it could be, since I listen to rock and roll while I’m in the pool.

Turns out, I have good hearing for “someone my age who lives in a first world country.” I understood everything the audiologist said to me and got 100% on that. So, it IS everyone else’s fault for not speaking clearly. Tch.

I also heard a bunch of beeps in one test, no matter where they were coming from, even Cleveland. I just can’t make out what the damn actors are saying on TV.  The audiologist put the headphones on the back of my head and I found out I have special abilities to hear things through my skull. Now I tell people to talk to the back of my head and assure them I really am listening.

After a lifetime of these tests, I toddled off to meet my friends. The first thing that happened there was that she and I couldn’t get back into her room. We kept swiping and swiping with the key card and the door wouldn’t open. Turns out, she’d demagnetized her room card key with her phone. Technology leaves a lot to be desired. What if a serial killer had been chasing us?

I know the answer to that one. I’d ask him to see if he could open the door. That would keep him occupied for long enough to get disgusted and leave. True to his nature, he would try and try and try. Maybe kick the door open. Men are so easy.

We talked for awhile once we got inside and she told me about their visit to the people who design the aquariums for a show called “Tank.” These are not like the little tank I bought my son when he was ten and wanted a few little fish to swim around in it. He particularly liked a chubby white one we named “Bubba.”

These Tank people design room-sized aquariums with fish as big as a ’54 Dodge. And they put baby sharks in them, too. The sharks move around these van-sized fish like little muscle cars. The sharks don’t have to be big. They’re cool.

The Tank people have an office and facility here, and apparently, they also use birds for their displays in casinos.  They have macaws. Very colorful, beautiful birds that know how to talk just like their owners.

One day, someone stole about 300 of these birds from their warehouse. It made the news. Local people felt badly about that and began showing up and donating their macaws. They were tired of taking care of them, I guess. I don’t know if macaws outlive their owners, but if they do, the birds know where the bodies are buried and will roll over on their owners with law enforcement, being as how they can talk.

Never commit a crime in front of a talking pet, for cripe’s sake.

The Tank people had to give these macaws to a sanctuary because of their potty mouths.

The Tank people tried. They really did, but when the creature you take into your home and heart says over and over, “Fuck you! You got your head up your ass! Squawk!” then you can’t have them living in casinos around all those polite people.

I don’t know why; people used to say that to me all the time when I was a blackjack dealer.

“Get off my sister! Call me Daddy! Fuck you! Squawk!” rang out in headquarters over and over. Now you know what kind of people keep macaws.

After I stopped laughing, we headed off to the casino for dinner where I did NOT win anything, as is usual. I kept a macaw on my shoulder the whole time I was there, because I don’t talk like that, even to those lousy, Satan worshiping, blackjack dealers. But I don’t mind if a bird does.

Oh, and the waitress asked me if I wanted my Reuben lean. Why would I want that? Why would you even eat a Reuben if it had no fat? I yanked the macaw’s tail and he told her what I thought of that idea.

How To Survive The Toilet Paper Apocalypse
Trolls And Basement Warriors: They Feel Entitled
Buy DMSO Instead Of Toilet Paper: Use A Corncob Instead
Please follow and like us:

How To Survive The Toilet Paper Apocalypse

8 thoughts on “Of Fish and Birds: Wild Times In Sin City”