A Woman's Guide To The Universe Love, Sex, Romance and All of That Memories
September 2, 2016May 23, 2020 gigi wolf 6 Comments greek tragedy, short story, spinnaker

He dragged the bulging sail bag into the front room of her flat and balanced it against a wall.  Then he shoved his hands into his pockets, carefully avoiding her eyes.

“That’s everything.  You even had stuff in the bulkhead…:”

“Yeah.  It took a while.”  She glared at the navy canvas bag.  “Every time I went over, I took something.”

He removed one hand from a pocket and scratched the side of his nose.

“You knew I was bringing a lot.  I mean – you saw me.  I was always bringing things for you, too.  Like the deck paint, for instance.  Which I bought.”  She transferred her glare to his woolly head.

Cautiously, he raised his eyes to hers.  “I need it.  I’d like to take it back today,” he said, shuffling his feet, tanned spatulas in yellow flip flops.

“Are you insinuating I was being sneaky or something?  That you didn’t know?”

He plucked at the silver chain on his chest.  “Do you think you could empty it now?  If you don’t mind.”

“And the whole thing was your idea anyway.  Remember?”  She watched him narrowly, worrying a blunt fingernail between her bottom front teeth.

He bent to loosen the knotted white nylon cord laced through metal eyes at the top of the bag.  “Maybe you should see if everything’s here.”

Her tongue played with a sliver of fingernail.  She picked it off with a thumb and forefinger and sniffed.  “You said it was stupid leaving everything here since I was going to be living on board anyway and I needed the clothes.  You wanted me to bring my cassettes so you could listen to them – and I brought the sewing gear so I could mend your bloody clothes.  And the books were your idea, too.  Remember?”

“Well – I just didn’t know there’d be so much.”  He hesitated a moment then slid out the cord.

“Yeah. Well.  It was six months, you know.  We’ve been together six months…”  Her voice pitched in appeal.

The loud staccato of a car horn shattered the moment.  He blinked and grinned.  “Saved by the bell.”

Her jaw tightened and she grabbed the bag, tipping it, yanking out the jumbled contents with jerking motions.  Her eyes threatened to fill.  She kept her head averted.

He turned to examine a heavy copper vase in the corner by the door.  They had chosen it together at the market last summer soon after they had met.  It reached above his knees.  Her roommate used it for an umbrella stand now.

“I should’ve left.  I should’ve gone back home.  I knew this would happen.  You really wrecked my life, you know.  I don’t even have money for a ticket…!”

He spoke, keeping his back to her.  “I can loan you enough for a ticket – if you can pay me back in a couple of months.”

She held up a wrinkled, mouldy smelling spaghetti-strap cheesecloth gown in violent orange and shook it.

“Remember when I bought this?  We were looking for some contact paper for the galley in the Plaka and we got lost?  It was in that little shop by the taverna where we had lunch – by Filopappou Hill.  And you laughed because it looked like a nightgown and I said it couldn’t be a nightgown because I don’t wear anything usually…but remember that time I borrowed your pajamas because I was afraid someone might …”

“Don’t call me that!  You have no right anymore.”

She tossed the dress onto the growing pile on the floor.  “And it’s not my fault.  I still love you.  Some reward.”

He moved to her side and knelt by the nearly flat bag.  “I love you, too.  It’s not that.”  He reached inside and retrieved a small clear plastic bag.  “Here.”  He laid it in her outstretched palm and glanced down at his wristwatch.

“What the hell’s this?”  She held out a dirty, pink rattail comb and waved it in his face.

His eyes went round and wide.  He curled a beardlock round a little finger.  “I don’t know.”

Remains To Be Seen: What To Do With Your Remains
Of Diapers And Depends: 5 Reasons To Be An Older Mom
Use Proverbs To Find A Needle In A Haystack
Please follow and like us:

Of Diapers And Depends: 5 Reasons To Be An Older Mom 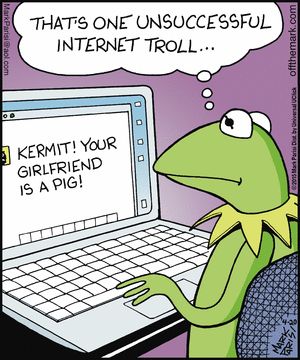 6 thoughts on “A Greek Tragedy: A Short Story”