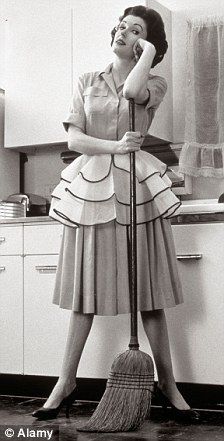 Love, Sex, Romance and All of That
February 21, 2016May 8, 2020 gigi wolf 12 Comments becoming a woman, bruce jenner, dancing with the stars, stay with a murderer, wearing lipstick

There are at least 11 reasons for men not to become women, and it didn’t take that long to think of them. I am at least as smart as most men, thank goodness.

There’s a rumor going round that changing lanes on the highway of life, along with the type of underwear you sport under your trousers, is a good idea.

The former Mr. Jenner epitomizes all of Archie Bunker’s fears; fears for the future that Archie had in the 70’s when women began to forget their place, and men started vacuuming now and then.

Cher’s daughter changed up as it were, but Chaz didn’t make the sensation Bruce/Caitlyn is making. Bruce is changing lanes at a strange time of life. He should have done it twenty years ago, when his looks were as fresh as his youngest daughter’s.

Make that forty years ago. He’s bound to get dumped, now.

But you don’t always act on deep desires, and when you finally decide to follow that dream, sang Elvis, it’ll be when you need reading glasses to see it in the road ahead.

There are very good reasons for men not to become women, and they have nothing to do with not giving Archie a heart attack.

So, be warned, Ms. Jenner and all you other wannabes.

1) If you become a woman, you’ll take an automatic pay cut.

Not much to say about this one. You don’t have to worry about it, not if you socked away your endorsement money from when you got to be a male athlete.

2) If you become a woman, you’ll pay more for a haircut and tailoring.

This is so weird. Do these places charge women with really short hair more money than men with short hair? And vice versa?

As for tailoring, don’t wear anything that needs it. That’ll show ’em. 3) If you become a woman, you’ll need to learn how to reapply lipstick thirty times a day, without the help of a mirror.

I can reapply lipstick in my sleep, and occasionally do. But only if I have one of those dreams, with passionate kissing and whatnot.

Is this really what you want?

4) Speaking of which, if you become a woman, you don’t get to have an orgasm every time you have sex.

You’ll have to either do it yourself, or have help from him.

Nudge him though, because he’s already asleep.

5) If you become a woman, you have to do most of the housework, and quite possibly the yard work.

I had a boyfriend once who said he “didn’t change diapers, wash the dishes, or do yard work.” He didn’t do much of anything else either, and wasn’t my boyfriend for long.

You can look him up, ’cause guess who’s up to bat now?

6) If you become a woman, prepare to be dumped at the same time as midriff bulge has set in.

Once you hit a certain age, that belly will never be as flat as it once was.

Study poses for pictures that don’t show that jelly roll.

When you were a man, you lost weight just by giving up one of your beers. Now that you’re a woman, you will have to give up everything but oxygen to lose a few pounds.

Be prepared to give that up, too. Dying might be preferable to giving up chocolate forever.

7) If you become a woman, be prepared to be called a bitch if you aren’t nice. All. The. Time.

I disliked every female boss I ever worked for. To be fair, I felt the same about many of my male bosses. There’s something about being the boss that goes to people’s heads.

You’ve looked at bosses from both sides now, so we’re depending on you to let us know which is best. 8) If you become a woman, people will comment on your looks constantly, whether you’re attractive, or not.

Twenty years ago, I was sitting in on a singing class for tots when my son was five. Their teacher was a young woman in her twenties, and she was teaching the kids, I Love You A Bushel And A Peck And a Hug Around The Neck.

To demonstrate a hug around the neck she told the kids that their necks were cute as buttons, but their mommies probably had ugly necks because they weren’t kids anymore.

This is what you’ll face, Caitlyn. If you were still Bruce, no one would think about commenting on your neck.

It was just a place to set your head.

9) If you become a woman, guilt will dog your footsteps.

This happens because people blame you for everything.

Even if you aren’t their mother.

10) If you become a woman, there will come a time when everything makes you cry, even seeing a salt shaker sitting by itself and looking lonesome for the pepper.

You are obligated to do something about the salt shaker’s feelings. It’s your fault it’s still living at home, anyway.

You didn’t make sure it fulfilled its potential.

11) If you become a woman, you will feel obligated to stay with someone even if they are trying to kill you.

I saw a Forensic Files episode in which a woman’s husband snuck up behind her in the barn and hit her over the head with the back of an axe. He didn’t use the business side of it, because he wanted it to look like she’d been kicked by one of the horses.

She knew it was him, because she survived, and there was just the two of them in their personal barn. The horses had no motive and all of them passed a lie detector test. So when she looked up and saw him looming over her with an axe, she immediately recognized the red flag that his love had faded, and the bloom was off the rose.

As soon as the hospital released her, she wrote a letter to her sister, hid it, and told her sister where to find it if ‘anything happened to her’. In the letter, she released the horses from any culpability, and said her axe wielding hubby would be the likely culprit.

This lady had amazing psychic abilities, suspecting he might try again, but she decided to stay with him, and “try and make it work.” They didn’t get counseling, because he was an insurance salesman, and was not interested in collecting Social Security with her.

After threatening the horses to insure their cooperation (he knew where they lived) he shot her twice in the head, hoping it would look like suicide. He was convicted of homicide, but I thought he should have been charged with marrying a really stupid woman.

This is what will be expected of you, Caitlyn. You are a nurturing woman now, and family is clearly more important than not getting axed and shot in the head.

Even if your hubby is trying to kill you for the insurance.

Why Do Americans Leave Home As Soon As They Can?
Holding Doors: Is This Offensive? (Say No.)
Scientology: My Church Of The Holy Dust Motes
Please follow and like us: