Earth is alien to me, though I’ve lived here for a few years now. All of us know from Men In Black movies that We Are Not Alone. Well, I know we aren’t just from the number of cars on the road.

Here in our house, we’ve been watching archived home movies from the future about star ships and space people. Someone named these films Star Trek, out of a sense of whimsy, I guess. These people did have some wild-looking relatives that liked to dress up in crazy outfits, but they were a fun group.

The crews of the ships went into outer space and once out there, they kept saying things like, “Let’s make first contact,” whenever they saw someone who looked like they’d wandered out of an emergency ward for the severely deformed and had plenty of problems already.

Or they’d chorus, “Let’s go down and explore that planet that is covered in viscous fluid, which keeps exploding into fiery spurts of molten viscous fluid, and discover what we can about it. Good luck, Away Mission Personnel!”

The ship’s crew always knew who wasn’t coming back from the Away Mission by the color of the shirt they were wearing which denotes rank and whether they have a contract for at least four episodes. If these unfortunates were slated to die down on this newly discovered planet, the rest of the crew knew they could go into their shipmates’ quarters and take what they wanted.

All these people ever think about is meeting new species, some of whom are a pleasure to get to know, and others, not so much. According to protocol outlined in the Starfleet space manual So You Want To Go Into Space and Meet A Weird Alien, the crews of star ships are supposed to reach out to all kinds of new ‘people’, usually ones who have a nasal spout in the middle of their forehead or who look like they had cosmetic surgery courtesy of Dr. Frankenstein.

These new species have their own space names, but we (my family) renamed them according to their outfits or proclivities. For example, the Space Dudes, aka the Kazon, are warlike, obnoxious, and have hair that looks like it hasn’t been washed since the Carter administration, with chunks of driftwood sticking out of it.

Some of our names for species are not always politically correct, and in deference to those who elected to have a Humorectomy, I won’t repeat them here.

I’m not sure meeting aliens is a wise idea. For one thing, the star ship crews have to consider the rights and feelings of everything, even a vacuum cleaner, should it suddenly become ‘sentient’ due to a temporal distortion wherein all appliances suddenly derive human characteristics and thereafter either help or hinder the crew.

And if the vacuum decides Life Sucks, the crew has to be all sympathetic, and let it go off in a space pod to find a new home, preferably one where there is no dirt to oppress it. In addition to having a possible shortage of working appliances, we shouldn’t launch ourselves into space until we’ve nailed things down, down here. We have not come to a clear understanding of many things that are common to everyday life.

A good example is the VCR, an appliance for recording television shows, which disappeared before anyone was able to understand its mysteries. And that’s just one example of the complexities of our world with which we have failed to come to terms. For instance, why should Indians get to come back as unicorns, something I’ve always wanted to do and should be allowed to do as an American, before anyone else does? How about the mysteries of the Orient, and do they include how to find something to buy that isn’t made there?

We don’t know why people go out on a day called Black Friday to buy new stuff, when they already have to park on the street because their garages are full. I don’t get why shows about storage sheds are popular, and even if they are, why do we need more than one?

Instead of wasting time in outer space trying to make first contact with a Nasal Spout, why don’t we just go meet the people in these reality shows who look like a brand new species of life here on earth? Scientists, through grants awarded by the Ford Corporation, are studying these new species on earth who have been created by the toxins in our environment. The scientists launch our new species to other planets, whose residents don’t want them due to their extreme obnoxiousness, even worse than the Kazons.

They try to tell us this by flying here and making strange symbols in our corn crops. We haven’t been able to decipher the symbols, but scientists think they say, “Stop sending your weird aliens here. They keep trying to tow our space ships and sell them at swap meets.” No, we still don’t know what to do about the Middle East, or how to get everyone to pull up their pants, and both of these things have been going on for centuries, or what feels like centuries. Long enough for people to learn that belts keep you from tripping on your pants, and what a pain it is to have to hold them up with one hand.

Does this sound like something a more advanced species would want introduced to their planet?

We haven’t cured the common cold, but we want to go out and find species whose noses and feet are falling off from a plague that has been plaguing them for centuries.

These flaky people can flit about outer space at warp speed, and steal organs from other species, without so much as a a knife changing hands, by sucking their organs out telekinetically or something, but they can’t cure their own weird disease.

And we want to invite them for coffee and cake. These are just a few of earth’s mysteries that should be solved before we go looking for more. Going out on a meet and greet with aliens seems like a really stupid idea.

Unless they work for a towing company, of course.

The Bridge Of Love
Chasing A Black Cat Around La La Land
The Robinhood App And A New Addiction For Me: I'm A Bloated Plutocrat
Please follow and like us: 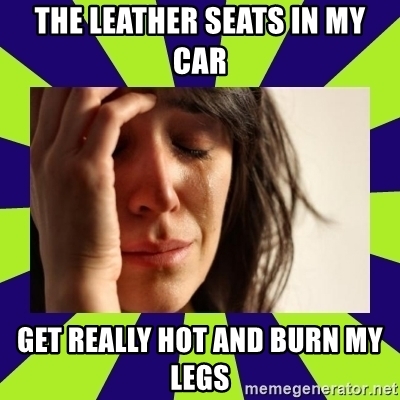 How To Write In a Hurricane, Or: When Will Everyone Go To The Moon?

One thought on “Earth Is Alien To Me And So Are You Star Trek Crews!”