A Woman's Guide To The Universe Dogs, Dogs, Dogs Love, Sex, Romance and All of That
April 12, 2016May 7, 2020 gigi wolf 0 Comments dog parks, fire hydrants and dogs, Las Vegas, the hydrant club, the odd fellows, the rebekahs

The Hydrant Club is misogynist and lets the public know right in its name. In an itty-bitty newspaper about downtown Las Vegas that’s delivered once a week to our mailbox, there’s an article about this new enclave of white male dog privilege.

The Hydrant Club includes an itty-bitty park. The woman who started the club has taken over the Odd Fellows and Rebekahs Lodge nearby to expand her venue.

As you might guess, if you weren’t brain dead, the Hydrant Club and the itty-bitty park, are for dogs, or maybe for their owners. I’m not sure which.

There aren’t a lot of public bathrooms downtown so maybe the giant yellow fire hydrant, which is installed outside the park, is for the owners and the dogs use the park.

This giant yellow hydrant is a working one, although why they would need one that big with so many working canine wieners on hand, I don’t know.

We could save on water if dogs were trained to lift their legs on a fire. The dog park, which is a few blocks from where I live, is right off Crack Alley.

Dogs love cracks. Cracks that show above your pants, cracks in the ground, you name it, if it’s cracked, dogs are there. There is an elegance in all this: Odd Fellows, Dogs, Hydrants, and Cracks.

The Hydrant Club is part of ongoing efforts to improve downtown Las Vegas, spearheaded by a guy who started a big shoe site. The big shoes are not for the people who use the big hydrant; the shoe site is big, that’s all. It’s known around here as Zappo’s.

I’m not sure what the ultimate aim of all this beautification of the downtown is, but if it was to install a little park for dogs, they succeeded. Otherwise, the clientele of the mean streets off of Las Vegas Boulevard remains the same, regardless of how many palm trees they install in the middle of Fremont Street.

Turns out, the Odd Fellows is a charitable organization. It got its name when its members consistently misspelled Rebeka. People would yell at them, “Hey dweebs! Rebecca is spelled with two ‘cs’!”

This did not endear the regular-guy-public to the Odd Fellows, who remained stubbornly odd in the face of many such obstacles.

The Hydrant Club founder says she has discovered human bones in the old lodge.

The Odd Fellows used bones in their initiation ceremonies. The article didn’t mention whose bones these had belonged to, but I imagine if evidence from a crime needed to be destroyed, then throwing them into the itty-bitty park with the dogs would work just swell.

The bones that were mentioned in the article do not appear to be of interest to anyone, namely the police, but to be fair, Las Vegas Metro has other things to do. There are misspellings all over town that require someone to step in and correct them.

The Odd Fellows would recruit members from people passing by on the street in front of their lodge. There are many, many odd fellows walking around downtown Vegas, and the Odd Fellows didn’t lack for members. 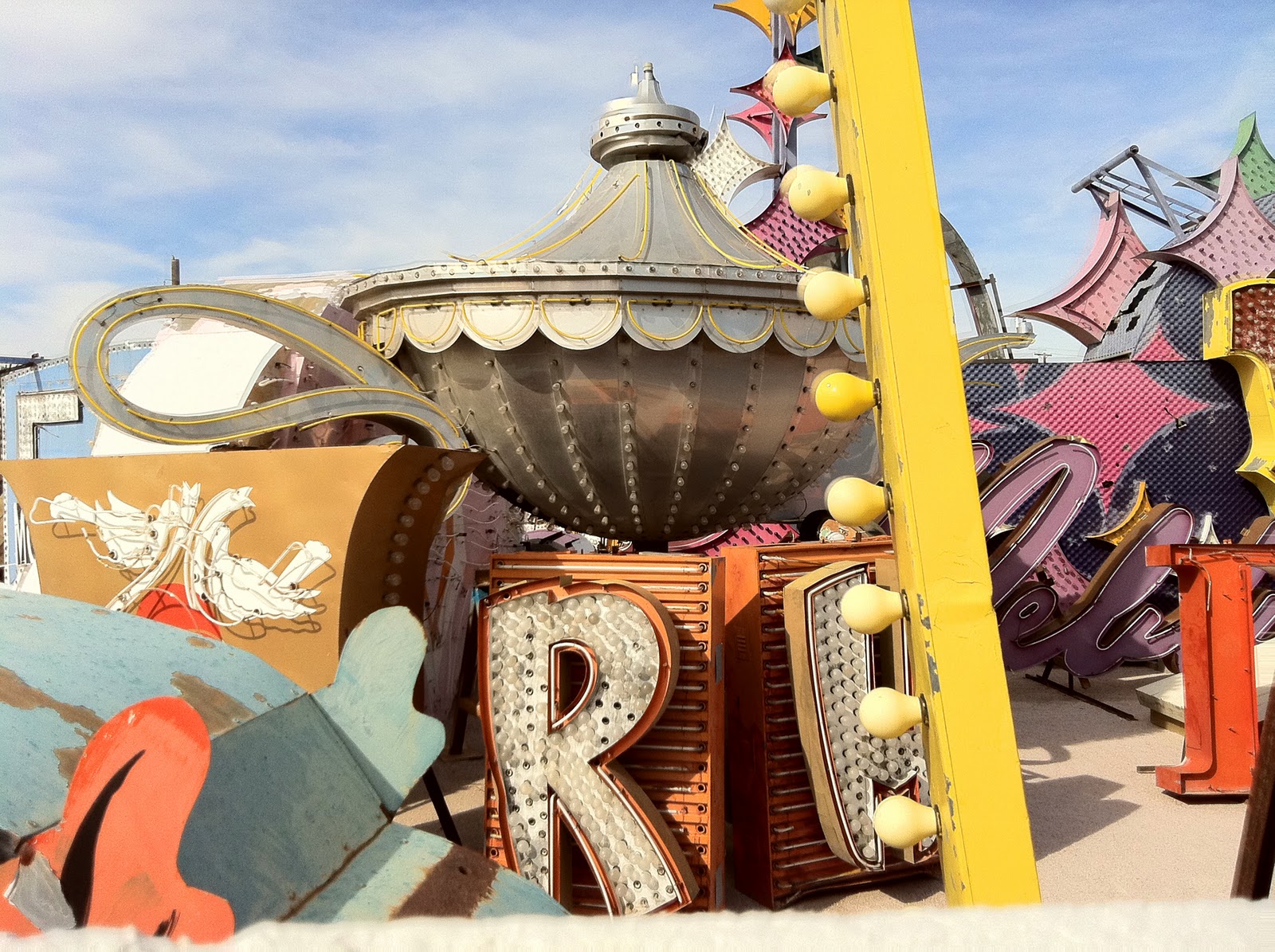 They didn’t choose future members based solely on their looks, although wearing a fur ear-flap Russian hat with a short, flirty blue skirt can be a dead giveaway for a possible member in good standing.

I saw a man wearing this outfit going into the library one day, as I was exiting, and the thought that sprang to my mind was, “What an odd fellow!”

Not because he was wearing a skirt necessarily, but because he had no stockings on, and it was cold. Too, I felt he was a little old for such a short skirt, but if God bless, he wanted to wear it, he should at least have shaved his legs.

The Odd Fellows would strike up a conversation with a passing male pedestrian. They’d talk to him about alien abduction, conspiracy theories, and how the CIA was listening in to their phone calls.

They’d decide from this conversation whether the fellow was odd enough for their lodge. In actuality, if you choose to call a small, 1940s block house a ‘lodge’, you probably qualify for membership.

If the Odd Fellows made a mistake and recruited a regular guy, a guy who was just being polite the first time he talked with these recruiters, but was really a guy who liked to talk about sports, pickup trucks, and girls with bodacious ta-tas, the Odd Fellows circled him when they got him alone in the lodge, dispatched him quietly, and used his bones in their ceremonies as a reminder to the other members that being a regular guy isn’t all it’s cracked up to be.

Sometimes the Rebekahs got upset with this practice, and threatened to spell their name Rebecca, but nothing ever came of it.

The Rebekahs have come back temporarily to help out the female dogs who have been trying to gain membership to the Hydrant Club.

As you are probably aware, if you live on Planet Earth with the rest of the odd fellows, only male dogs use hydrants. They use virtually everything else too, but they are especially fond of fire hydrants for urination purposes.

The very name of the club has made the female dogs feel unwelcome, and they have contacted various organizations, including the fire department, about this.

I don’t know why the bitches want to use this canine club, except that there is a steam room, a library, a gym, a dining room, a conference room, and a golf course, where the goings-on do not bear repeating.

It doesn’t help that the Hydrant Club has installed a billboard showing a poodle in a rhinestone collar leaning against a pole, and a slobbering Rottweiler standing nearby. Pit bulls in black security jackets regularly patrol the itty-bitty dog park, ready to bounce any regular fellow who tries to come into their club.

(This isn’t really true, so please don’t write letters to the Op-Ed page protesting the use of pit bulls for security.)

The Hydrant Club uses a personality test to judge whether a dog will be welcome in the park. This test is exactly like the equivalent personality test for humans. Dogs are exempt from the essay portion, in case you’re worried about your dog’s writing skills.

(I am not making that up. They give the dogs a test, people.)

If a dog is judged to be a regular guy, a guy who likes to sniff poop, bark at anything that moves, and which greets new visitors by sticking his nose up their butt, he’s not allowed to join.

Instead, his bones are used for initiation ceremonies. These bones are then buried in the park and are never seen again, unlike the Odd Fellow bones which were left behind in walls and drawers of old lodges.

The female dogs would be well advised to dig up these bones and take them to the police. Perhaps then they will be allowed membership to the ‘club’, and they can pee in peace.

What I Learned From WallStreetBets: The GameStops Here
Phobias Do Not Scare Me. Unless I Have One. Do I? Is One Crawling Up My Back??
The Zen And The Zing Of Getting Sweaty
Please follow and like us: 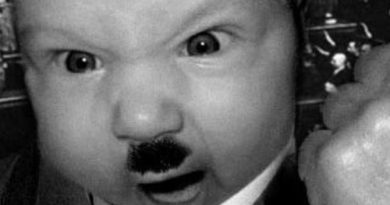