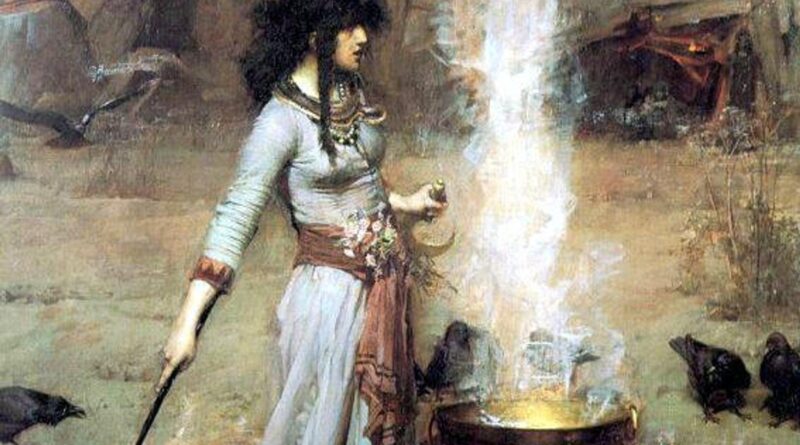 Drinking a magic brew of Thai tea is something we’ve been doing around our house for the last couple of weeks. It’s fun and makes you feel like you’re living on the edge. Alice in Wonderland drank and ate weird things, and look what a crazy adventure she had. Some of us are hesitant to get the vaccine for Covid, a shot that we heard may, or may not, alter our DNA in such a way that we can be picked out from space by aliens for probing and/or enslavement on other planets.

I used to wonder why aliens felt the need to probe us all the time. Like, what’s the fascination? Seemed like such a shitty job these guys had. But then I remembered that kids love to poke things. You found something weird while you were playing in the woods or on the beach, first thing you did was find a stick and poke it. Aliens are just regular ten year old kids, I guess.

But let’s talk tea. I recently discovered a magic brew from Thailand. Thailand strikes me as a country where vines and jungle plants grow overnight around people’s windows, and rather than go to the store, the Thai just pluck and eat what’s growing in the window. The country has an Oz-like mystique where fantastical things grow that can solve all problems, if we but believed. And did that special skip, of course.

This tea was brought to the attention of the Pan Am Ladies and One Gent Who Lunch once a month in various restaurants in Las Vegas. We started meeting last September and have managed to get together every month since. The group has grown from 4 to 13 and counting. We keep finding former flight attendants who live here. I didn’t know any of them but one, and it never mattered. As soon as one PAA flight attendant meets up with another Pan Amer, it’s like we’ve known each other for years.

Anyway, our one gent, who used to work for Pan Am, was listening to the litany of aches and pains that always accompanies gatherings of this nature, which is to say, a gathering of seniors. He told us he “drinks this tea, and doesn’t hurt anymore.”

Our ears perked right up. Or rather, they would have if they didn’t ache when we perked them. We listened raptly while he told us about the tea, which wasn’t much, since he has no clue what’s in it. It’s a tea his Asian girlfriend gives him, he drinks it, and is all better. We clamored for some and he promised to send to Texas for it. His girlfriend’s sister gets it from Thailand and sends it to them.

He told us he’d not only broken all his bones at one time or another playing rugby growing up, but recently, he’d hurt his knee and had been limping for awhile. He drank some tea his girlfriend gave him, and no more bum knee. His girlfriend’s brother had gone to visit their sister in Texas. When Our Gent’s girlfriend called to check on him, she was astounded to hear that he was out, walking around the neighborhood and visiting people.

“But he’s in pain!” she cried. “Not anymore,” her sister replied. “He’s drinking some tea I got for him.”

I had a bad knee from Toby, our unruly and un-remorseful dog, who’d run through the kitchen a few weeks ago and banged into my leg. He kept going, without so much as a by your leave, and I limped for two weeks and counting. Plus, my shoulder was still giving me fits from last September when I was working as an enumerator for the Census. Added to that, my neck was killing me, too. I was a prime tea patient.

A week went by and when Our Gent called to say the tea was in, I went to pick it up. That was a Sunday. This is besides the point, but I did stop on the way home to pick up some Krispy Kremes. I don’t think they had anything to do with what came next, but they did make us happy in a whole other way.

I drank a cup of this spicy brew that night, and the next morning, all three pains were gone, and I don’t mean the dogs. They were still there, plotting their next moves. But my knee pain was gone, the shoulder was doing its shoulder thing, and my neck was everything it should be. I was amazed and remain amazed even two weeks later. Last night, I couldn’t sleep because my hand was hurting. I did something to it during my pool workout. I drank a cup before going to sleep, and by this morning, the pain was gone. I regularly had to take half an ibuprofen after every workout, but have not touched one in two weeks.

The insert that comes with these gold foil packets of tea is in English and Thai. The English text just says it will “reduce your joint pain, gout pain, and help you live a pain free life.” The Thai text remains mysterious, and is placed under little pictures of unidentified plants. One of our Ladies even took it to a Thai restaurant, but had no luck finding a translator.

I searched under “Thai herbal tea” on eBay and it came up with a tea that looks like it might be similar if not the same. It comes in a gold foil packet, looks like red dirt, and makes the same claim. The ingredients read like a witch’s brew: Cat’s Whiskers, Kidney tea, Eye of Newt, Toe of Frog. Okay, they left out the last two. Who knows? If they’d added them, it might confer immortality.

I wrote a poem about this tea and submitted it to a humor poem contest:

One leg stretched behind me, clearly asking for abuse.

In a shotgun house, the dogs (all rescues mind you, in case anyone

thinks we have them all deliberately), act like bullets that have been shot out

Of a starting gun,

Signaling them to traipse through the kitchen

fifty times a day, because the room on the other side

Is so much more appealing. Important stuff is happening over there.

The rules state that I be standing in the kitchen, though.

It’s narrow, almost like an afterthought added on to a 40s house,

Long before food was invented that might need to be cooked.

I kept waiting for my knee to get better, but it wouldn’t.

I tested it daily, so I know.

I limped like the fifth horse in a five horse race,

The horse I would naturally bet on

Because it had a cute and funny name: IsItInYet.

A racehorse owner’s idea of funny. It is, too.

The horse wouldn’t think so, though.

Because everyone would know if “it” is in when “it” is a horse’s.

Except maybe a female horse

Who’s been around the track a few times.

But back to the main event, which is the knee,

This miracle brew is very mysterioso.

In the Big City, when I was looking for a good time.

Actually, it was a friend who sang the tea’s praises

Acquired as a boy playing rugby, and as a man

Messing about in the shower.

He sang the siren song of no pain

To all us older folk listening.

That is, if we could limp over there fast enough

To score some tea.

Alive and well in the rural outreaches of America.

Snake oil or not, I was determined to get my feet back under me

And that requires the assistance of the knees.

I bought the ticket, rode the ride. Tried the tea one Sunday evening.

By the next day, the knee was back and doing its thing,

Bending, moving me forward. Not doing the lambada exactly,

Which would have been fun, if forbidden,

But it was back, baby.

My shoulder had been on a bender, too,

For six long months it had kept me at arm’s length,

To see me through.

That pain was gone, too. Other than a twinge here and there,

Perhaps when their horse doesn’t come in first,

The knee and shoulder remind me that they still exist

And could come in first any day if they wanted.

Oh, and my neck. It had teamed up with my shoulder and

Was hurting, too. It sat up straight and paid attention after

I drank the magic brew.

What is in this dark red soupy stew?

We don’t know, and for all our hesitance to get jabbed with

An unfamiliar vaccine, we’re quite happy to imbibe some

It does come in gold foil packets, though. That makes up for a lot.

We speculated and researched this magic tea,

Because the only thing written in English in the package

Are words that say it will “Reduce your pain

And let you live a pain free life.”

It hasn’t lied to me yet, unless it is secretly making plans

To let the pain come back in force in a

On the insert are also pictures of plants and herbs with no names.

Not that I’m an expert, but they do look like plants,

So we’re just guessing what the ingredients are.

It might be better not to know, but just to drink,

Drink of the elixir of forgetfulness.

What was I saying? Oh, yes.

This stuff is great. I Took The Myers-Briggs Personality Test And Failed
Clark County School District Declares A Week of Respect For The New Year! Stop The Presses!
Kissing Spreads Germs So Pucker Up
Please follow and like us:

38 thoughts on “Drinking A Magic Brew: Thai Tea And Pan Am”