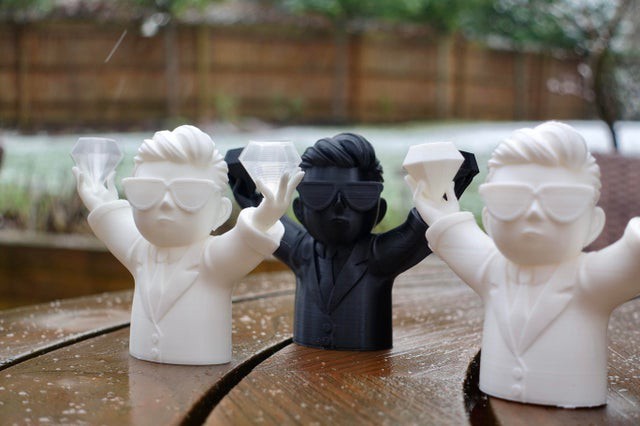 What I learned from WallStreetBets has certainly been valuable, but not necessarily pretty. Imagine your sweet little old gramma hanging out on 4Chan. All bets would be off for her future mental health.

(The typing monitor suggested “streetwalker” instead of Wallstreetbets, and while I believe the profession of prostitution is an evergreen one and worth considering as a long term investment, unfortunately, we are not progressive enough at this time to incorporate our Ladies of the Evening into the S & P 500. Although the IPO would go well, I think.)

Granted, I’m not a sweet little old gramma, but I could be. I’m 67, and while teaching in middle schools taught me a lot about the up and coming generation — not to mention having a 28 year-old son who actually frequents 4Chan and tells me about it — I’m still a mite naive about topics of conversation among the younger set.

I’ve had an account on Robinhood since 2017. I’m an old hand at buying and selling stocks on the app and kicking myself around about my losses. There came a point when I knew the stock would go down as soon as I bought it. Like how it rains as soon as you wash your car. If anyone should be tried on a conspiracy in the stock market, it would be me.

But Wallstreetbets I had never heard about until recently. I kicked myself around about coming late to that party, too.

The learning began as soon as I joined the forum. The Wallstreetbets crowd, I’m betting, is mostly guys. They talk a lot about their wives’ boyfriends. My Wife’s Boyfriend is a staple moniker on WSB the same way that Our Vicar’s Wife is in the Provincial Lady’s diaries.

We never learn Our Vicar’s Wife’s name, either, first or last. Our Vicar comes off a little better, being once removed from near oblivion. Much like My Wife’s Boyfriend, come to think of it. We assume that it’s the same vicar’s wife through decades of service in the Devonshire village, and perhaps the same is true for My Wife’s Boyfriend. He no doubt becomes a beloved and familiar part of the family. After all, Our Wife’s Husband from Wallstreetbets is in the basement yelling for everyone to, “Hold the line!” She wants to do the same and the hubs is occupado.

That’s one of the first things I learned about on Wallstreetbets. The second thing I learned was that the market is subject to the same overblown hyperbolic political blathering anything else is.

When someone compared the Gamestop rally to the assault on the Capitol, I mourned those who tragically died while messing with stocks on their Robinhood apps. How awful it must have been.

Just having Gamestop stocks restricted on Robinhood might have been enough to bring on an apoplectic seizure, but a seizure can’t be blamed on anyone but the trader. Don’t risk anything you can’t lose. As for trauma, losing thousands, or millions of dollars is no walk in the park, either. The survivors would want to cry about it on the floor of Congress, and even My Wife’s Boyfriend might have something to say, the way the assault has put a damper on things lately.

Wallstreetbets convinced me it’s no dishonor to hold your stocks — have “diamond hands” as opposed to “paper hands,” which belong to a person who sells too soon. I’ve been guilty of both and lost out either way. For instance, I bought Novavax in 2019 when it was less than $3, held on to it when it went to over $178, sold it in disgust when it dropped to $130 and kept going lower, and am now berating myself because it is up to almost $300 and I was paying no attention.

When you just want to mess around and make a little money, but only have a little money to do it with, you can be excused for selling too soon. Living in Nevada, and being a former blackjack dealer has taught me to be leery of gambling in general.

Stocks are much more reliable than a game of 21, particularly with a shoe of six decks. Try rescuing even a little bit of your money in Vegas when you’re on a losing streak, or changing your mind as soon as your bet is laid down. Vinny and Guido would have something to say about that. You can study the games all you want, but other than poker, maybe, no amount of research is going to make that much difference to whether you win or lose.

Wallstreetbets encourages people to do their due diligence, which is a good thing naturally, but doesn’t always work for me. The “experts” were talking down Tesla for months, while I watched it go from $70 to over $700. I finally bought two shares somewhere in there, but am thinking of selling one share to buy a few stocks that look promising.

Wallstreetbets users advise using money you’ve made to buy other stocks — to keep reinvesting. There are times I’ve made deposits, but mainly I’ve grown my little portfolio to adolescence and have been able to take a profit now and then to supplement my income.

So-called experts can go jump in almost every area of life. You can do due diligence until the cows come home, but one day, the cows might decide to stop off at the bar and not make it home that night. Some of my due diligence has been nothing more than the stock’s history in a 52 week period, how many people are buying it, and whether I can afford at least four shares. Had I followed my own instincts from the beginning, I’d be a minor teslanaire now.

During the Gamestop frenzy, I thought about abandoning my Robinhood account to show populist support, but honestly, I don’t see much difference in any of them. We know the system can and is rigged against us, and it might get worse after the SEC investigations. Robinhood is easy to use, still commission free, and has instant deposits. What it won’t let me do is buy and sell cryptocurrency. I went to Kraken for that.

Whatever happens with the investigation over that “horrific” assault on the hedge fund, I’ll keep playing the stocks. It has the unexpected benefit of helping me keep up with much of the news.

Dogecoin is my next foray into the unknown. I can afford to throw ten bucks at that puppy. Multi Tasking Is A Multi Crock
The 1950s And The Fun We Had
RV Dreams: The Maiden Voyage
Please follow and like us:

3 thoughts on “What I Learned From WallStreetBets: The GameStops Here”