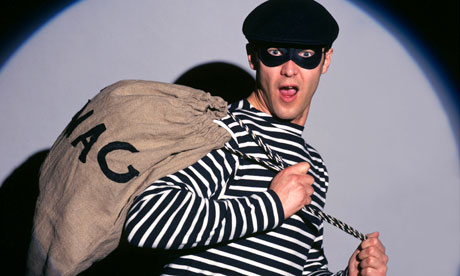 Go abroad, with a broad, but learn Swedish to commit the perfect crime. In Sweden the cops are not allowed to describe a suspect with any identifying details, therefore, all perps should hop a flight to Sweden. I mean now. Go, already.

They can’t say that a suspect is white, black, red, or green. I’m not sure what they’re allowed to say, but if you’re a black guy or a white guy, and you want to hit a convenience store in Sweden for some spare cash, don’t bother to wear your hoodie, because no one will rat you out about who you are.

Do they carry this political correctness to it’s logical end, I wonder aloud? If I walked into a Swedish bank–oh so innocent–having hopped my own flight to Europe and learned enough Swedish to say the phrase, “Gimme all your cash and don’t push that stupid red button under the counter that’s in all the movies, bee-yotch, or I’ll put on this Nixon mask and get jiggy with it,” would I have to put on the mask to hide my identity, or would it be unnecessary?

I have to get jiggy with it and hope for the best; there don’t seem to be any guns over there, unless I find a readily identifiable perp outside the bank and buy his. Or hers.

I’m 67 years old, white, and I was born a woman child (or so I’ve stated on numerous forms my entire life and no one has ever called me on it), and I’m tall.

But all that doesn’t matter in the world of Swedish crime, which isn’t like their chocolate at all, unless you say, “This Swedish chocolate bar is so good, it’s a crime!”

Erase my description from your brain and pay no mind to the detective who will ask for details of the bank robber you saw from two feet away because she(?) yanked your purse off your arm and rifled through it.

Am I allowed to say “purse”? That might give away the victim’s identity. How about catch all? There’s tote, handbag, clutch, and a few others, but nothing is quite as gender neutral as catch all.

Eyewitnesses to crimes in Sweden are blindfolded, so there’s no need for a line up at the police station. Even if witnesses could identify me, they can’t point at me. Why are they pointing? Is it because they’re prejudiced against older white women? Or were they raised in a rude household?

Lady, or Ma’am, or Whoeverthebloodyhellyouare: “Ma’am is fine. What is it you want to know?”

Det: “Without actually giving us any helpful information, please tell us everything you remember.”

Det: “No, ma’am. You can’t say that. That’s sexism. Furthermore, you don’t know they were really a man. Mighta been a transgender woman who hasn’t finished up yet, or even a lesbian.”

Ma’am: “A lesbian? Not all lesbians look like men, Detective. That sounds homophobic.”

Det: (pointing) “Hey, Preacher, meet Choir. I’ve had sensitivity training out the ying yang, know what I’m sayin’? In fact, I’m not positive what I am anymore. I am all people, woman and man, if I can say that.”

Det: “No, you can’t say that, either. Young is a subjective opinion and it’s ageism. You could be 95, but it’s sexual harassment to refer to anyone as ‘young’. As for the ‘mask’, that coulda been self-expression or religious preferences. I won’t imply they were appropriating anything from another culture, in case they ever get caught, which is iffy at best. I wouldn’t want to offend. There are any number of reasons for the face obscuring item that are not clear to the naked, I mean, unaided eye. Pardon my slip.”

Ma’am: (becoming visibly agitated, if that isn’t ADHD insensitive): “Okay, Person A ambulated into the bank, their face obscured by something. They were tall…”

Det: “You can’t say that, either, Ma’am. You might be four foot six, and everyone looks ‘tall’ to you. Or, you might be six foot eight and everyone looks short to you, like that Alice what’s her name in Wonderland after she ate that stuff. I have the version of the book where Alice is a transgender, Jewish black man who becomes a Muslim and who loves all kinds of food. Not just food that invites her to eat it. My kid loves that story.”

Ma’am: “Is she a little girl, Detective?”

Ma’am (beginning to shake like a wet poodle): “Well, Person A ambulated into the money place. They might have been wearing platform shoes, because Person A was able to look me straight in the eye….”

Det: “Sorry, Ma’am, but that’s a little insulting to the blind.”

Ma’am (sobbing uncontrollably): “Person A ambulated into the building where we keep money, their face and eyes aimed in my direction. The thingie that was obscuring their face fell off. Person A was white….”

Ma’am knows what’s coming at this point and slumps to the floor, foam erupting from her mouth.

Det: “Ma’am? Are you okay? Do you need a paramedic? Or (looking furtively around him), you can have a swig from this flask. I’ve been carrying one since 1995.”

Ma’am, after emptying the flask, continues: “I don’t know anything about anything. I was performing my usual workaday duties, when suddenly my cash drawer was empty, and that’s all I know.”

Det: “If that’s your final word, Ma’am-no offense to dying people-I’ll have to haul you in for questioning. Some people never leave after that. We have to admit them to an asylum. Just sayin’. Care to change that story?”

You Say Couch Potato Like It's A Bad Thing
Gen X Drove Me Crazy: Mark Wahlberg Took The Driver's Test
If You Want Drugs Just Say No 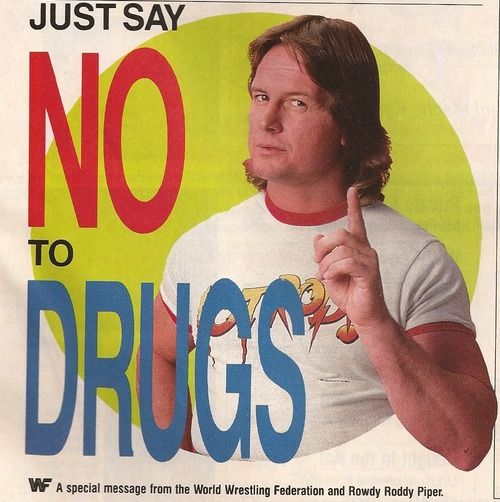 If You Want Drugs Just Say No 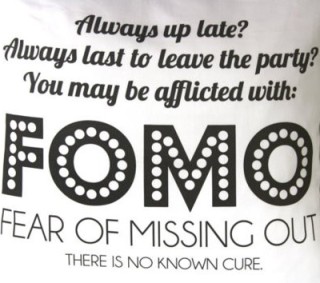 7 thoughts on “Learn Swedish To Commit The Perfect Crime: Eyewitnesses Will Be Blindfolded”