I read the book, The Miracle of Coconut Oil recently. Every now and then, I get a bug to read something educational. Disclaimer on Reading Educational Stuff: May occasionally lead to insights and bettering your life. Fair warning.

From what I remembered reading about coconut oil in the past, it got a bad rap during the 70s from the soybean industry, the propaganda against it was then echoed by some public agency for heart health, and the fate of the hairy nut and its internal benefits was sealed for many years.

You cannot trust a soybean farmer. He’s a bean counter, for one thing. For another, he will lie about one of the best foods out there. My first birthday cake was coconut, and it was wonderful. I’ve loved Almond Joy and Mounds candy bars ever since.

When I was reading The Miracle of Coconut Oil, I was feeling all over sick, and all I felt like doing was lying down and reading. It was one of those feeling sick things you can’t put your finger on. It doesn’t feel like enough to go to the doctor with: “Doc, I don’t know what I feel like. I just don’t feel good.”

So it took four weeks before I finally hied myself to the doctor for some sort of diagnosis. I kept hoping I’d just feel better.

But I’d started putting coconut oil in my coffee, which is really weird because you’re drinking oily coffee. But the coffee bean is originally oily, so I figured I could adjust. And I have. I use coconut oil as a moisturizer, and I put shredded coconut in my fresh fruit salads. Plus, we’ve been cooking with it, exclusively. So I’m getting a lot of coconut oil.

The first thing everyone thinks of when they hear coconut oil is ‘saturated fat’ or some such. I learned a lot about it, and can only relate a few things from memory, like it being a medium chain fatty acid, which is good. Also, that it is one of the only foods that the brain can use, and therefore is a help for dementia and Alzheimer’s.

They even use it in hospitals for infants and elderly with digestive and mental issues.

Here is an info graphic:

When I finally got in to see the doc, he made me get blood tests, and when I saw him for the results, he tells me he has really bad news. “You’re in perfect health,”  says he. A little medical humor, ha, ha. All my numbers are great.

So why was I feeling so lousy? It turned out there was a reason for the lousiness, which was discovered after an ultrasound of my gallbladder. We only did that test because I asked for it. Ask for stuff, people. Don’t let these scoffers of internet diagnoses get you down. If I hadn’t asked for the tests, we wouldn’t have found the actual problem.

The real problem is an issue with a swollen kidney tube, so at least I know what’s wrong. Fair warning about looking up effects of what you’ve got wrong once you know what it is: I found out you shouldn’t let kidney problems go for even a minute, much less for the two months I’ve been having problems, or the internet will tell you stuff you wish you hadn’t heard.

Like, your kidneys will be permanently damaged, or scarred for life, or you’ll end up on dialysis, and furthermore, it will cause global warming.

I had started feeling slightly better while taking the coconut oil, and almost 100% better after I started taking an herbal supplement for the liver and gallbladder. After a CT scan of the kidney, we’ll move on from there.

But yesterday it struck me out of nowhere, and it wasn’t a fly ball from the guys playing softball in the ball fields right where Sugar and I were romping at the park, and who were hitting an occasional ball out of the field to bounce in front of us, and drive Sugar mad with fetch lust.

What struck me is: I’m not hungry anymore!

You have no idea what this means to a person who’s always struggling to find something to eat that will make her feel less hungry. It’s an impossible task, and one for which the grocery stores thank us. Constantly foraging for something to eat, eats up a lot of a person’s time.

I had made a fresh fruit salad with shredded coconut in a cup for breakfast, and it took me from 9am to 3pm to eat it. I’d eat a bite here and there, and feel alright. At 3pm, when I came home from the park with Sugar, she and I shared a few pieces of pepper jack cheese. She and I really like pepper jack cheese.

And then I went off for three hours to do some other stuff that took energy and locomotion.

Four hours later, I made my buttermilk drink with kale and other greens blended in,  had a tuna fish sandwich and called it a day. You may not be impressed with my story, but I sure am!

The MOTH-man of the house-is eating coconut oil too, and is no longer impelled to eat cinnamon rolls or donuts during the day. He feels really good, and is being annoying about it. Especially since I don’t feel as good as he does.

This is the most amazing weight loss endeavor I’ve ever been on, and it didn’t even start out that way. I’m not counting calories or carbs. I don’t care about either of them, because calories aren’t important when you aren’t eating them, and carbs aren’t an issue because I don’t crave them.

When you can lose weight simply by drinking oily coffee, I highly recommend that diet.

The Bridge Of Love
Baccarat Baby: On Becoming A Bacca Rat
Highlights Of The Year 2016: Let's Recap And See What Happened 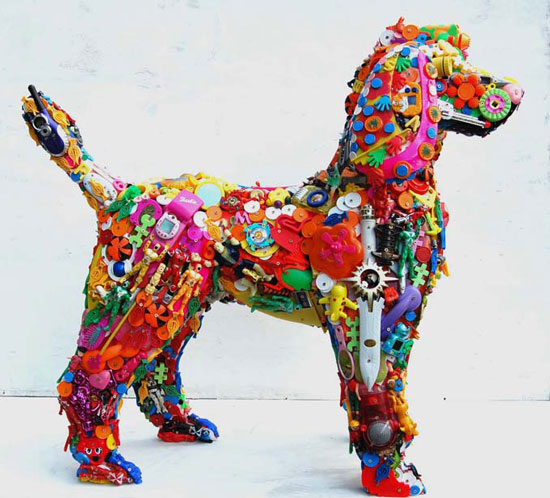 Found Art: I Found It And Now It’s Art

20 thoughts on “I Am Koo Koo About Coconut Oil”