Well, it’s that time of year again, when we get to bash an airline. And in United Airlines case, turnabout would be fair play.

Everyone must know the story by now; about the doctor who was dragged off his United flight, getting bloodied in the process, and then walking back on the airplane after it was cleaned of the blood. Seems like time well spent, on the airline’s part.

Everybody took great pleasure in bashing Pan Am (the airline for which I flew for twelve years), for years and YEARS, until the airline sank out of sight into the murky waters of history, but it turns out, we weren’t so bad, were we?

What, we were thirty minutes, an hour late once in awhile? We had a mechanical when you were in a hurry? You didn’t get an extra bag of peanuts? How very sad. Perhaps you’d like to be dragged off your flight, instead? 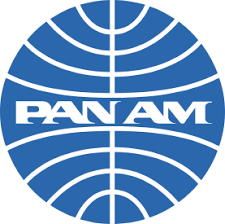 Here’s a little of what I wrote about this incident on Quora. It was clear after reading other people’s feedback on the incident, that most of the flying public don’t know the difference between the terms ‘stand by’, and ‘deadheading’.

The employees waiting to board the United flight were not stand by. They were deadheads. They were not commuters, nor were they on vacation.

Deadheading crew members are working employess who are being flown to cover another flight. A flight in another location might be short a few crew members due to change in aircraft, or a maintenance issue grounded an aircraft and the crew is over the limit for hours, or they used the crew for another flight- any number of reasons might require the deadheading of crew. They get priority, even over passengers.

Even if the passenger has already boarded.

It seems to be a bone of contention for the flying public that an airline has the right to make everybody get off an aircraft to make room for 200 deadheading crew members, even if 200 passengers are already seated on the plane, sipping martinis, chomping peanuts, and studying the aircraft’s safety booklet. That’s what you do, right? For reading material? Good.

The airline, in an effort to help its government (which Pan Am did many times over), may need 200 deadheading employees in Beirut-ASAP-to airlift out a bunch of people caught in a war zone. I know your dental appointment trumps war, but that’s the way it is. To make it clearer, since one man continued to argue the point with me, deadheads can be put to work on the flight on which they’re being transported. That’s because they’re working crew members.

A stand by employee will tell a flight attendant what to do with their request for help with the bar cart, but a deadhead is working anyway. They’ll sigh, put down their non-alcoholic drink, and man the carts.

One woman commented to me that if she’d waited for an appointment with her doctor for two months, but he couldn’t make it home because he’d been thrashed by United, she’d be really ticked. Well, what would she do if Chicago got socked in by a spring blizzard? Or, if the good doctor broke a leg running to catch his plane? Poo poo happens.

With the modern hurry-it-up-and-get-everyone-boarded-so-we-can-take-off approach to flying, it sounds as if United said, “Well, let’s shove them all inside and THEN we’ll decide whom to kick off.”

Now, I’m no captain of industry, I’m not even a private of industry, but even I can figure out this is a bad plan. A bad, bad plan.

If the deadheading crew members showed up at the last minute, which probably happens frequently since there are flights all over the world at any given time, and weather and maintenance happen all the time too, that could have been a factor in needing four volunteers AFTER everyone had already boarded.

But that’s the only reason I can come up with for this SNAFU.

If gate personnel knew about this before boarding, there’s no excuse for not making sure they had four volunteers to give up their seats before the situation came to forcible removal. Many people have wondered why a limo wasn’t found, or another flight, for the employees.

Obviously, I don’t know the answer to that, unless there wasn’t time or availability. If you don’t get the deadheading crew to the waiting aircraft as soon as possible, you will then have flight delays and cancellations globally, making a mess as bad as a broken nose.

The following are the sorts of questions that Pan Am gate personnel would likely have asked and followed through on before a court settlement would be required:

Did personnel check to see if there was a flight that would be leaving shortly after this one, on another airline if necessary? Even with extra stops, and a later departure, this man would still have made it home on time. Did they check to see if the deadheading crew members could go on a later flight? Did they tell the passengers well in advance that they would be choosing randomly? And if so, did they give the passengers a chance to say whether they had an emergency and couldn’t delay their own departure?

It looked to me as if the violence that this man’s refusal precipitated in the police was rooted in authoritarianism.

As in, “You dare to refuse? We’ll see about THAT.”

How often have you seen cops resort to their last nerve before using up their first nerve?

Why on earth would an airline call security or cops on their non-disruptive passengers at all ? This is what started the whole breastfeeding frenzy in 2006 with Delta. Reputedly, a flight attendant threw a blanket at a mother breastfeeding her one year old, and demanded she cover up because it was offending her, the flight attendant.

I don’t know what happened next, but the flight attendant had the mom and dad AND their baby escorted off the plane, thus ensuring that a court settlement would follow so that their baby could go to college.

A Pan Am flight attendant would have found a way to hang the blanket around their seats if privacy was indeed demanded. I know I go on about Pan Am, but there were very few incidents of paying passengers behaving themselves being dragged off our airplanes. To wrap this up, once the man adamantly refused to disembark, the crew could have quietly found out why he was so adamant about it. What if his mother was dying, or something? I’d hope that would change things. The airline could at that point have sweetened the pot for the remaining volunteer.

It’s a different era, for sure.

Are Americans Safe In Europe?
Homicide And The Budget Deficit: Or, A Murder Occurs!
Multi Tasking Is A Multi Crock
Please follow and like us:

13 thoughts on “United We Fly, Divided We Get Yanked Off The Flight”