A Woman's Guide To The Universe Internet Stuff
February 18, 2017August 19, 2019 gigi wolf 4 Comments babies on a plane, I hate flying with kids, kids on airplanes, parents and kids, traveling with kids

Yep, I admit it. I don’t like to fly with your kids.

I asked why they would bring babies on commercial flights, even though their boobies were coming with them.

Well, I think you can guess how that went over. Like a lead airplane. Despite my assurances that I would NEVER eat a child, throw them off the airplane at thirty thousand feet, or even put them in the cargo hold, it mattered not. I was Adolf Hitler and The Black Hand Society all rolled into one in the minds of the subsequent parents commenting on my comment.

(The Black Hand Society has apparently greased a few palms, because all I can find out on Google is that it was a Sicilian and Italian-American society of the late 19th century. It is also defined as having been engaged in ‘lawless and criminal activities’. Such as stealing noisy babies and naughty kids.)

The follow up comments to mine related stories of traveling to see family across the world, going to see elderly relatives, and of course, moving and changing cities.

Finally, I’d had it with one woman, and shouted in all caps, I DON’T WANT TO BE TRAPPED WITH OTHER PEOPLE’S SCREAMING CHILDREN FOR HOURS IN AN ALUMINUM TUBE AT THIRTY THOUSAND FEET!

The exclamation point probably wasn’t needed at that point.

It’s not like we can leave the plane as we are sometimes forced to do in restaurants and stores. (If I do open a door in a pressurized cabin, you and your kids are coming with me, whether you like it or not. )

The Sam’s Club warehouse is a freaking echo chamber. I asked a manager there once if she could request parents to stop their kids from screaming because of the echoing. Her response?

“We can’t even tell them the kids aren’t allowed to climb on the shelves, even if a box of coffins falls on their darling’s head.”

Think about that for a second. A second should be all it takes. A store that can’t tell kids they aren’t allowed to climb on the shelves.

How did we get here?

As for all the sob stories I was told by these flying parents, with which I sympathized, like Patrice O’Neal, I finally stopped caring what the back story was. I don’t want to listen to a screaming child and I paid for my ticket, too. I know all the reasons kids scream, cry, run around, and kick your seat back. Doesn’t put a dent in my own personal distaste for being stuck with the obnoxiousness.

This is, after all, just my personal opinion. It’s not like I walk down the aisle on my way to the lav and slap the parents. I don’t even give them dirty looks. I might roll my eyes, and do a face palm. That, I opine, is my right.

Patrice O’Neal’s point was that after a few minutes the back story becomes secondary to our own needs and moods. “How long do I have to feel bad about this?” he asks of himself.

(Only it was really funny when he said it.)

I was variously accused by these parents of being selfish, lacking in compassion (despite twelve years as a flight attendant lifting strollers and bags out of overhead bins, and trying to accommodate parents in any way I could), and even of being ‘over-dramatic’ by one gay hubby and parent.

I thought being funny, sympathetic, and “You know girl, I feel the same way, and I’ve got kids!“, was the gay man’s schtick in trade. I guess that’s one of those stereotypes gay men never bother to refute. Like black men not disabusing anyone of the stereotype of them being so ‘generously endowed’ in the nether regions.

Why fight a fun stereotype?

I asked him how he’d like it if he took a romantic week long cruise with his wife (that may have been why he got ticked, but I didn’t know then he was gay), and the ship was filled with screaming, rowdy kids.

My comparison of a commercial flight to a cruise ship led him to call me a ‘dumb, overly-dramatic, selfish hetero’ chick. Sigh. So true. (Well, he said that in so many words.)Then, he ended his comment with: ‘Sad’. He dragged out the old stand by that ‘life isn’t fair’.

It’s only supposed to be fair for parents.

He said he himself was sick of all the ‘assistance animals’ people bring on board. My feeling is that as long as they’re quiet, it’s all good with me. No barking, meowing, squawking, or squeezing the life out of other passengers if it happens to be a snake on a plane.

So…it’s okay to be a parent with four children under six, but not to be handicapped. Ah.

After all the parents were finished with that subject, somehow we got onto breast feeding. Oy. One woman won a lawsuit for not being allowed to breast feed her one year old on the airplane with her breast uncovered.

That ticked me off. The fact that she won it. It’s not unheard of to breast feed a four year old, even a seven year old. Just prop your size eight boots up here, honey. No one will notice you’re in the first grade and still breast feeding. Where do we draw the line?

Don’t tell me this kid got to be one and never ate solid foods up to that point.

This of course, made me the uptight spinster who’s against all biological needs, such as breast feeding. I’d like to see this mother try breast feeding on a park bench in Saudi Arabia, and then get angry when she’s beheaded. Well, you know what I mean.

In actual fact, if the details of this story are correct, the flight attendant should have been disciplined, the cockpit should have intervened before the parents were told to leave the aircraft, and it should never have gone to court as a lawsuit over breast feeding. Delta is a southern airline, and still has some pretty narrow minded attitudes.

That flight attendant is who the one parent should be mad at, not me. Oh, well. Such are the risks of expressing your opinion.

People pick and choose the cultures they think are fine. The woman giving me a bad time about thinking women should at least use a clean small towel or cotton diaper to cover their breast, told me not to ‘watch’ if I didn’t like it.

What about the four hundred other people from around the world? Why do we have to submit to the demands of the few? How would she like a man stroking his penis next to her because it relaxed him, and in his culture this is perfectly acceptable?

Breast feeding is a murky, loaded subject too, if you get my drift.

My bright idea of having ‘child free’ flights for those willing to pay a little more isn’t a new one. One airline has ‘child free zones’ on every flight. No child under 12 may be seated in this zone. People are screaming discrimination over this. Go scream with your kid.

Child free zones may be somewhat like having the smoking section only on the right side of the aircraft, or only in the back, which as anyone my age knows, didn’t really keep the smoke out of other people’s faces.

But it’s a start. I might eventually get airlines to go with my idea of the cargo hold for anyone under 12. You never know.

Bulletproof Your Relationship With Two Billion Dollars And A Kevlar Vest
How To Marry A Billionaire, A Hunky One
Making New Friends Was Never Easy:Try It With A Mask On
Please follow and like us: 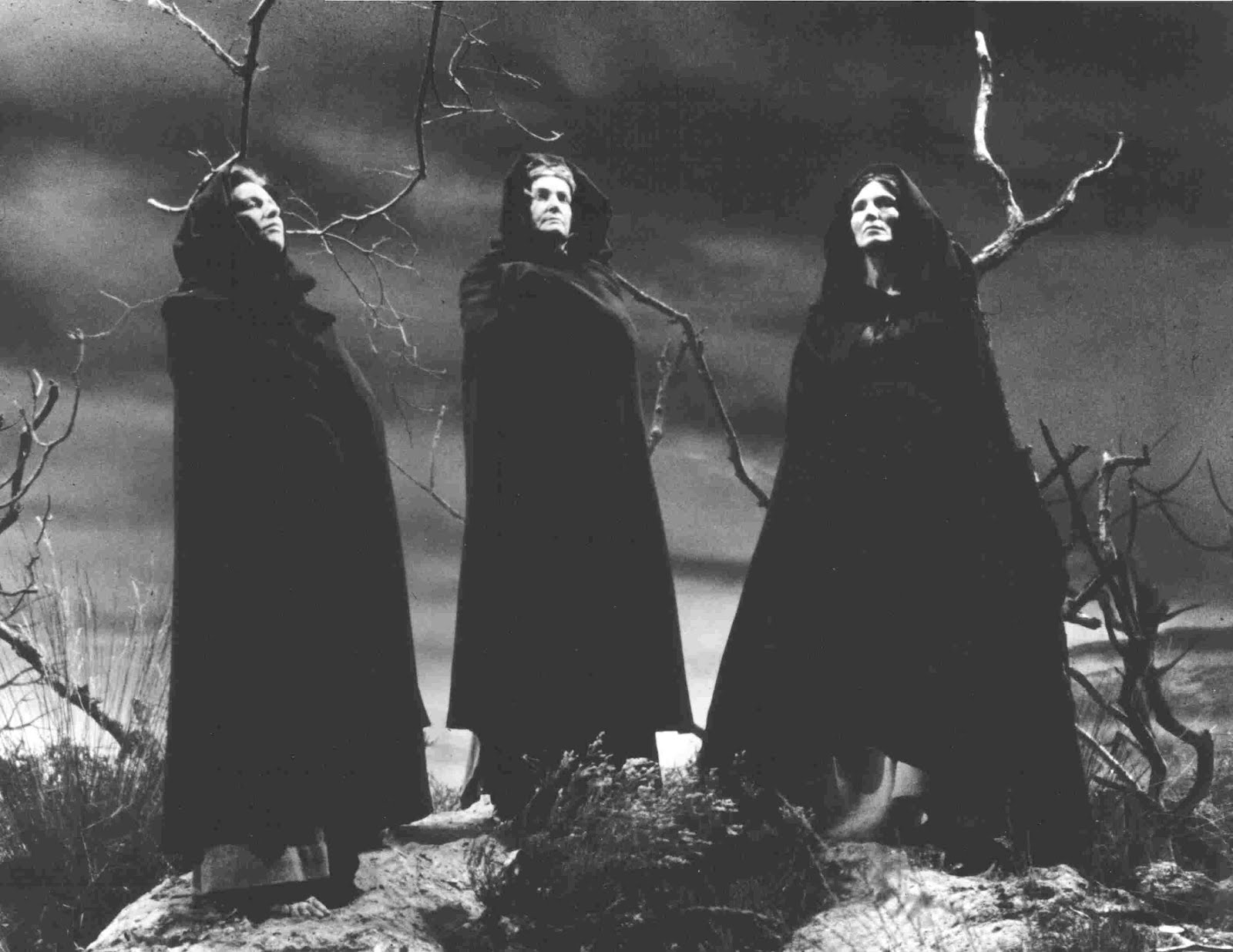 Oh, Quora Violations! By The Pricking Of My Thumbs, Something Wicked This Way Comes 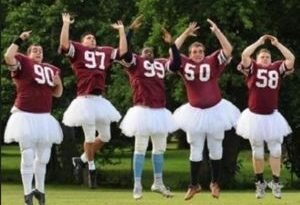 Football With A Pink TuTu: Adventures In Senior Jogging

4 thoughts on “Boobies, Babies, And Boeings: I Don’t Like To Fly With Your Kids”