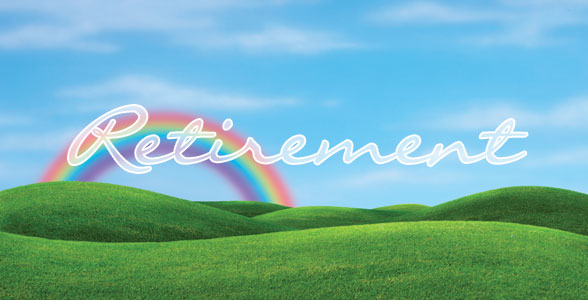 A Woman's Guide To The Universe Internet Stuff
February 28, 2017November 20, 2019 gigi wolf 14 Comments no money, not enough money, the little things, things no one tells you about retirement

I’ve discovered several things no one tells you about retirement.

Never fear, I’m not here to scare anyone into saving “enough” money for retirement. I’m not sure there ever is enough according to various experts, unless you’ve managed to save 33 million dollars and change.

According to everything I’ve read about “saving for retirement,” we’re supposed to start sometime in middle school, putting ten percent of our babysitting and lawn mowing money away, not just for a rainy day, but for all our days past the age of 65.

If you didn’t babysit, mow lawns, or have a paper route, you were woefully behind by the time you were 18 and will never catch up.

I also realized sometime this week, or maybe last week – it all blurs together- that there are several things other than “Be rich before you retire” that you should know about this particular phase of life, variously known as “The Golden Years,” the “Best Years of Your Life,” Retirement (duh), and the never failing, “Will you have enough to live on’?” and I came up with 13 things no one tells you about retirement:

That’s a no-brainer, right? Well, it can be a no-brainer, if that’s your choice. No judging. If you lived up to now without brains, there’s no reason to change now.

Besides, having no brains in retirement will help you avoid the fact that you are far short of having 33 million dollars in your retirement account.

2. You have so much free time in retirement, you can’t figure out what day it is.

Remember when you hated having to live by a routine, day after day, year after year? Well, when you retire, you’ll need a routine to figure out it’s Tuesday.

(Did I work out yesterday? If I did, it must be Tuesday. Did I do the shopping? I usually do that on Thursdays, so it must be Friday.)

Turns out, you have so much free time in retirement, you come full circle and it never feels like enough time. Every day, I look at my to-do list, and realize I didn’t get half the items done on it. But there’s always tomorrow when you’re retired, if you can figure out how to combine ten new items with ten old ones.

Like a piece of thread on the carpet. And how annoying the dog is being. And how she has one whisker that isn’t the same length as the other ones. And how every picture and rug has to be straightened three times a day. And how the dog’s ears appear to be different lengths also.

Thanks to an obsession with symmetry and the scissors, the dog is known around town now as Lopsido.

You don’t go to movies anymore for the same reason. You watch the previews of new movies and start picking them apart. There’s a new one now about a guy with nine personalities who keeps kidnapped girls hostage, and all you can think is,

“This guy has nine personalities and they’re all douche bags? Wouldn’t you think ONE personality would let those girls go instead of taunting them and threatening to kill them every day? Wouldn’t one reasonable personality pop up and maybe say to the Kidnapper personality, ‘Hey, this isn’t right. You’re gonna get in trouble. And how are you gonna feed these girls?  You only have ten bucks, because you’re a nut case, and that’s all they give nut cases. What  if these girls start yelling, or have to go to the bathroom while Jeopardy is on? It’s gonna be a whole thing. Let ’em go, there’s a dear.'”

When you were working, all you knew was that it was Saturday, and you went to the movies. No time for nitpicking, because Monday’s almost here.

4. You have time to read books you didn’t read when you were working.

I’m reading The Divine Feud, a non-fiction (Non-fiction! It must be educational!) book detailing the lifetime of battles between Joan Crawford and Bette Davis.

I’ve had this book for two years. I finally started reading it. It isn’t  a pretty story. When you read a pot boiler like that, you will either think you missed out because you didn’t nail a lot of good-looking men, like a new one every night, or that you should be out wearing your thirty-six ermine coats, and talking about your Oscars.

It kind of makes your post-graduate degrees and being former CEO of some multi-national company seem boring.

5. You used to talk about what a bargain you got on your new Manolos.

Now you brag about your fly catcher. I have a jar with vile smelling stuff in it, and it catches flies. They follow the smell right into this jar, and they can’t get out. It’s a fascinating spectacle that I try to avoid looking at while I’m sunbathing, and I think that guy with nine nut case personalities should buy one.

In fact, take some of my tax dollars and buy him one. Maybe he’ll leave the girls alone. Personality Number Four can eat the flies. Crunch, crunch, crunch.

It’s the best money I’ve spent in years, and that is a very sad fact about retirement.

Before you judge the flies for being so stupid, when the was the last time you managed to walk past a Cinnabon vendor at the mall without buying one?

Instead of spending millions on tanks, airplanes, and guns, all an enemy has to do is open a Krispy Kreme on every American street corner and the rest is history:

“Look how many we captured, Komrade! Kreespy Kreme Kaptivator ees the bomb! Watch them  scratch at zee windows and try to geet out!  New York ees ours! Deed you remember to put zese  Kreespy Kremes een Brooklyn?”

6. Now that you can take tap classes, your tap shoes don’t fit.

They don’t. I tried. Going barefoot for two years has not shrunk my feet.

How can you retire in peace when the neighbors require vigilance? You have to constantly replenish the little notepads and pencils you use to record their doings for your reports. The cops always want to know the gritty details.

So there you are, stationed behind the curtains at the living room window with your binoculars:

“Yeah, some kid, looks to be ten, was riding her bike at Oh Ten Hundred heading south. License plate said Pink Princess. I’d keep an eye on her. She’s up to no good.”

8. Just when you have the time to serve on a jury, and you’re all excited about the great money you’ll make, you’ll be disqualified for calling for the immediate execution of that dog owner who didn’t pick up the dog’s poop.

9. You finally get the house to yourself, but then your hubby retires, too.

Really? You want to sit next to me and talk? I’m busy. And quit moving things around. You’ve lived here for twenty years and can’t find the tape? I’m going to the store now. No, I’ll go alone. Please.

10. Never give up. You can still tick people off.

And then you can write about it. If you doubt your ability at the age of 70 to rile people up, please read The Divine Feud. You will be heartened and encouraged at the never-ending childishness, greed, infidelity, egregious machinations, and the dark side of human nature.

Try to get movie magazine writers to interview you and print your statements about your rival. These will show up in a book someday, and thirty years after you’ve died, people will read what you said and go, “Oh, snap! Girl, that was bad!“

11. You don’t have to wear underwear.

Oh. You never have anyway?

12. You’ll try drawing, or knitting, or baking, or making wreaths.

You’ll make your second-grade grandchild look at a picture you drew that he can do better in half the time on a computer program. He’ll be forbearing with your efforts, and will try not to be too judgemental.

Remember, you’re still bigger than he is, and you can withhold treats. Plus, you’re very close to his boss.

13. You used to look forward to being sick so you could stay in bed.

Now you can stay in bed, anyway. Being sick sucks. But at least I got some thinking done, and wrote this.

When Good Intentions Go Bad
Justice Court: Hey Ho, Hey Ho, It's Off To Court I Went
Expiration Makes Things Tastier: What's Good After Its Expiration Date?
Please follow and like us: 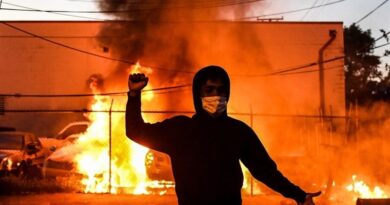 Leaving The Democrats: Stuck In The Middle With You

14 thoughts on “13 Things No One Tells You About Retirement”