A Woman's Guide To The Universe Memories
March 16, 2016May 7, 2020 gigi wolf 4 Comments eating paste, It's the teacher's fault, look both ways, nothing I learned in kindergarten, sharing and holding hands

Nothing I learned in kindergarten has done me a bit of good. In fact, I wrote a book about it. Sort of. It is temporarily unpublished, but will be re-launched in December, 2018.

I remember my mother abandoning me to the tender mercies of the kindergarten teacher when I was six years old. She promised she’d stay and watch through that little window in the door, and she did for a little while.

Then, she disappeared and I had to learn my ABCs.

This was before Sesame Street, so the banner marching across the top of the blackboard was my first official glimpse of the letters. Supposedly, everything we need to know we learned in that kindergarten classroom, but I know my parents have to share some of the blame.

I did learn a lot in kindergarten. I learned that styling my own hair was not allowed. I cut my hair once with those itty-bitty scissors when we were supposed to be cutting paper for some dumb project, and the teacher freaked out.

She said I could never use the scissors again. I don’t remember if she kept this resolve, but it’s her fault I can’t do craft projects, and that I spend too much at the beauty salon.

I learned that we couldn’t eat the paste regardless whether we had the proper wine to go with it. I had it served up on toast points, with hard-boiled eggs and grapes on the side, but the teacher put the Kibosh on that, too.

It’s her fault I always have to read labels, and worry that something Will Kill Me if I eat it. We were supposed to share in kindergarten. I hated sharing, and I still do.

I hate going to a restaurant with a group of people, choosing something from the menu, and then sharing it with everyone. I want what I want, not what everybody else has. I had to learn to share the crayons and the books and the swings.

It’s her fault I break things, and Don’t Get Attached Too Deeply.

Then, there was nap time. What a bust this was. My eyes would refuse to close, while the teacher was drooling on her desk. Now, of course I live for naps.

I wake up in the morning planning my first nap of the day. It has to be sometime after breakfast, but before dinner. There’s the one after dinner, the pre-bedtime nap, the after exercise and a bath nap, and the Snoozing For Dollars Nap.

It’s her fault I can barely stay awake.

We were supposed to Sit Still and not fidget in kindergarten. This was so we would be ready to take our places as true Americans on the sofa. Half my workout routine is fidgeting. It burns serious calories.

It’s her fault my metabolism is slow.

We were supposed to be dilettantes; eat some and drink some and paint some and sing and dance and play.

Every job I’ve ever had has refused to let me sing and dance and play while on the clock. When I grew up, people kept telling me to focus, not get distracted, and Finish One Thing Before I Started Another.

It’s her fault I got fired.

We were supposed to wash our hands and clean up our own mess. Because of this, I didn’t build up an immunity to germs, and I am always cleaning up after everybody else.

We ate graham crackers and drank warm milk at snack time and this was supposed to be good for us, but instead these foods had too many carbs and empty calories.

It’s her fault I’m overweight and eat at the wrong times.

We were supposed to hold hands and watch for traffic and stick together. Those kids kept going the wrong way.

It’s her fault I’m a loner.

We learned about playing fair, and not cheating, and saying we’re sorry.

Then, we got into first grade and learned that no one takes those things seriously. Most doctors and lawyers and all politicians wouldn’t be around today if they had taken these rules to heart. Our entire system of government would crumble if it followed these rules.

It’s her fault The Country is in such Bad Shape.

She was very influential and should have made more money. Other than all that, nothing I learned in kindergarten has done me a bit of good.

Should Gigi Wolf Run For Lady President?
The Buy Nothing Project: Is There Money To Be Made?
6 Ways Editing Is Like Freaking Life
Please follow and like us: 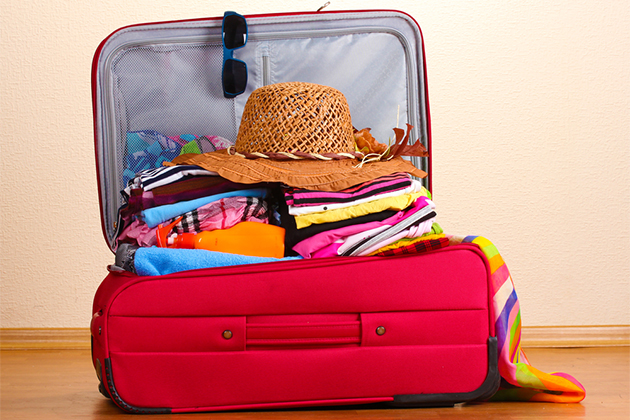 My Grand-Baby Is Better Than Yours