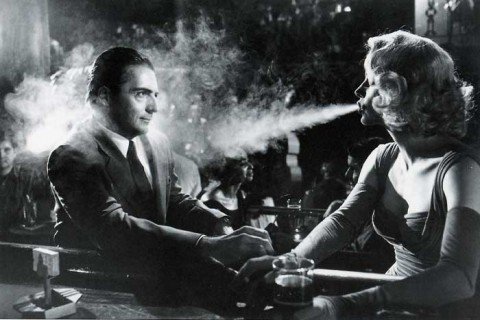 Murder most foul, and Hollywood, have gotten a bum rap for a long time, and I think it should stop right now.

Murder, and the television shows that tell us about it, is a nice safe outlet for everyday stress in American lives. Granted, there are amoebas who are producing some of what we watch, and that’s because there’s a huge amoeba fan base.  You have to give the fans what they want.

Amoebas have a hard time writing fan letters, but that is no reason for mainstream media to shun them. Producers just have to try a little harder to find out what they like.

However, Hollywood knows that most of the time, Americans are really tense.

Most of Hollywood resides near Los Angeles, and there is a lot of traffic there. Most of the major traffic in the world is in Los Angeles, and when you have been on the road for three hours every day commuting to and from work, and taken fifteen different freeways just to get home, you need quick relief from the urge to wipe out your entire family when you walk in the door.

This is where the murder show comes in. After all, you are much better off than almost anyone featured in the show, especially the victim, and are watching events from a safe distance.

You also need to know you will probably never get away with taking out anyone, much less your family. Someone will eventually miss them, even if it’s only their teachers by virtue of their absence, and they’ll start asking awkward questions.

If you have skin, or fingers, or even breathe the air, you’ll leave behind incriminating evidence.

Even if you’re completely innocent, and were drinking a Champagne cocktail on a flight to London during the time the murder happened, the police will still arrest you, because they need to wrap up their cases as soon as possible.

They’ll keep asking you, night and day for two weeks, why you did it, not letting you go to the bathroom, and giving you lots of coffee.

Eventually, you’ll confess that you used a remote-controlled device that only works from thirty thousand feet in the air, and is British-made. If the real killer strikes again while you’re incarcerated, they may let you go. It depends on whether your lawyer is home from the golf course or not.

The show I’m watching during a break in cleaning the house, which makes me feel as tense as murder most foul, is about a killer who liked to steal underwear.

I’ve heard of this; in fact, there are sneaky cats who have stolen all kinds of things, including underwear. I’d always felt we should let this guy alone, because he was better than the guy who does more than just steal underwear.

This guy who’s featured in the show is a Renaissance man, and does it all, including murder. Apparently, stealing underwear is a sure sign of psychosis, and I’m keeping an eye on all cats in the neighborhood.

My family is puzzled by my predilection for murder mysteries.

It seems fairly simple to me; we were raised on murder mysteries with Humphrey Bogart, Lauren Bacall, and Robert Mitchum in black and white movies called Film Noir.

Film Noir is French for ‘We have a color shortage because of the Germans hogging it all, so we’ll use this Army-Navy surplus of black and white film.’

You could not be sexy, or wise-cracking, or even understanding, unless you had shoulders like a linebacker. The women in these movies also had dark red lipstick that never got smeared all over their faces when they locked lips with Mr. Rogue. It was a natural progression from these movies to the murderous movies of the seventies, which never made any sense because they were gritty.

A gritty movie was usually nasty, and mean, and above all, dark. There is never any laughter, except for the ironic kind.

The characters in the seventies gritty movies were detached from society, because they were ‘alienated’. This is the same thing as being really ticked off at everybody, except no one sends you to anger management classes.

Then we got into the eighties and nineties, which featured either futuristic-type murders, or cute murders, which had characters who wore high top sneakers and mullets and were really buff. The movies of the eighties and nineties were ‘edgy’, instead of gritty.

Edgy  means the characters got to have gratuitous sex, but they didn’t really like it, or their partner. It also meant they got to say more swear words for no reason, and show the public how they went to the bathroom.

This actually crossed the line into gritty, but money on the sets changed hands, and everyone in Hollywood continued to get along.

In fact, look around you right now.

He has probably been released during a governmental cut back of social programs, and is part of a new program to reduce the population.

But you shouldn’t worry. His mother smoked and drank while she was pregnant, so it isn’t personal. He can’t help it.

All of this shouldn’t put you off watching and enjoying the evil that your fellow, ordinary-seeming citizen, is out doing in his spare time.

Most people are done away with by their nearest and dearest, so if you want to stay safe from murder, try to be a friendless unmarried orphan, if at all possible.

This will not protect you from all the new diseases that keep getting loose, but at least you won’t be bludgeoned, or poisoned, or shot in your sleep.

You Say Couch Potato Like It's A Bad Thing
Milan Is Full Of Italians: Divorce Italian Style
Of Diapers And Depends: 5 Reasons To Be An Older Mom
Please follow and like us: