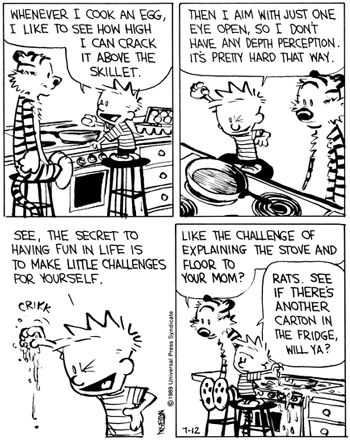 A Woman's Guide To The Universe
September 18, 2016January 6, 2021 gigi wolf 4 Comments annoying myself, Las Vegas and the Bugsyians, self-imposed challenges

The idea for this self-imposed challenge came to me when I found myself dawdling behind an Echo, which was driving at approximately the speed that an iceberg melts, and I swung over to change lanes and pass it.

I was muttering something out loud about whether the Echo’s squirrels were on a union-mandated break and were lounging under the hood swigging beer and bitching about their supervisor, when the futility of my despairing curses occurred to me.

Yes, curses and futility can occur.

Just before sighting the Echo, I’d been behind a car that kept weaving over onto the shoulder. By rights, this should not have bothered me. Then, she almost cut in front of me. When I passed her car and got a gander at the driver, I understood that erratic driving was just a small piece of her puzzle.

These two drivers, both involved with me somehow in the space of five minutes, together with the immutable frustration of Vegas traffic lights, gave me the notion of doing this challenge.

Las Vegas traffic lights are bought, installed, and operated by casino owners who make sure that there is a minimum of fifty to a hundred drivers stopped in front of their place of business every two minutes. In this fashion, they make sure you will be inflamed with the desire to play their slots, eat their prime rib, and come hear an obscure band from the Eighties. After two minutes idling, you will be allowed to proceed to the very next light.

Why don’t I just use other streets and avoid these main thoroughfares, like Flamingo and Tropicana?

Because years ago, casino owners and developers went to bed together, and made sure that every neighborhood had only one outlet so that drivers would not be able to bypass the major thruways. I’ve been stuck in most neighborhoods at least once, driving in and out of cul-de-sacs in a vain attempt to avoid traffic lights.

If I decide to accept this mission I have given myself, it will be an uphill battle.

I waste an entire third of my life being annoyed at something or other. These episodes can sometimes morph into a temper, but are more likely to just merge into the next annoyance tantrum. A second third of my life is spent reminding myself of all my blessings, and how little right I have to be annoyed at mundane things. But, unlike the man who had no shoes, contemplating the man who had no legs, this is usually just a metaphorical head-smack, and works only for a minute or two.

It will be necessary to keep reminding myself of this challenge daily and by the hour, so that I don’t get annoyed at the neighbor’s noisy dogs.

I could deal with the dogs if it wasn’t for being kept on hold with some customer service for twenty minutes, establishing a gentle romance and kindling a friendship with a friendly representative who really, really likes me, and then I lose the connection.

And I know customer service menus would be no big whup if the motorcycles down the street didn’t rip by every so often, setting off the car alarm across the street. The car that sits in front of the Purple Fence. They painted it purple because, well, I don’t know why to tell you the truth.

I’d be able to deal with those things if only it wasn’t for the people who refuse to move into the intersection in preparation to making a left turn. Actually, I could put up with all of those things if only my headphone wires didn’t get tangled, along with every other cord in the house. Maybe, if I didn’t have to suffer these indignities, I could overlook the annoyance of having to repeat myself to anyone, anywhere.

I should put this challenge off until I visit the Dalai Lama, or something…

As for that shoeless man, he is hopping painfully around after stepping on a pebble or stubbing his second toe. Having to go shoeless would seriously tick me off.

To Do Lists Will So Do You
Hypochondria And Me: I've Got That!
People Who Live In Tiny Houses Shouldn't Throw Big Furniture
Please follow and like us:

4 thoughts on “Annoying Myself Silly With Self-Imposed Challenges”