A Woman's Guide To The Universe Love, Sex, Romance and All of That
May 11, 2016November 20, 2019 gigi wolf 9 Comments jealousy is a besetting sin, mr and mrs potato head, papparazzi, sharon stone

I’m jealous of everybody. Jealousy is a besetting sin and I’m not even sure what besetting means. It might have something to do with sitting, and if you do that a lot, you will commit all kinds of sins. Some might think it easy to stay out of trouble when you are merely sitting, but look at Sharon Stone, when she was sitting in the police station.

For one thing, she lit a cigarette. Then she crossed her legs, and was besetted by all kinds of sins. So were the police. It isn’t sporting to corrupt people who are susceptible to corruption, anyway.

I’ve been besought upon by jealousy for most of my life. It started when I was a small child on a rubber plantation in Sumatra…

Actually, I don’t remember where my childhood started. My mom said it was on an Air Force base in Georgia at about ten o’clock at night. The doctor was pulling on his pants, as he ran down the hall towards my mother’s room in the hospital. Already, I was getting the doc in trouble, because he didn’t have his pants on at ten o’clock. I hope he wasn’t doing anything that would make his wife jealous.

As I grew, so did my jealousy.

I had to share a room with my sister and she always had better stuff. She had a head start on acquiring stuff and she took better care of what she did have, but whatever.

By the time I came along, my grandparents had resorted to giving clothes for presents. That would have been okay, especially when I got to high school, because they owned a women’s clothing store, for crying out loud, but I never looked like I belonged in high school in those clothes. I looked like I should have been running IBM. My mom let me play with her shoes and jewelry, so I wasn’t jealous of her, plus she thought I was great and could do anything I set my mind to.

My older brother didn’t have much that interested me, not even the snake skin that he kept in a jar, but he did have hidden magazines I wasn’t supposed to know about. My friend and I would sneak in his room and read the jokes in them. I still remember some of those jokes. We didn’t care about the naked women or the articles.

He did have a BB gun that my Army wanted the specs to. A doll I got when I was six is still in perfect shape, because I played ‘Army’ instead of dolls. He didn’t get to keep the gun long; I think my mom broke it over her knee one day when he pointed it at someone, so he had to play Mr. Potato Head with me.

Back then, Mr. PH was a real potato, not a plastic wannabe. 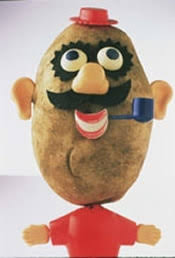 In school there was real scope for jealousy.

There were tall girls, short girls, girls with curly hair, straight hair, an intriguing gap in their teeth, or a nice set of choppers. There were blue eyes, brown eyes, dark skin, fair skin, cute freckles, and no freckles.

Short hair, long hair, braces, and cool glasses, button noses, and long, elegant noses. Intriguing gaps in teeth are all the rage now, but my mom asked the dentist to remove that little bit of skin between my front teeth when I was six, so I wouldn’t have a gap. This really messed up my chances to be a supermodel.

As for weight, just when you get happy being thin, along come funny fat people with their own shows. Or, if you are fat, people start looking like cool concentration camp victimsand drug addicts.

In case I sound like a transparent alien, with no discernible characteristics (Ooohh, I’d be jealous of that!), I have some of the very things I was jealous of: Brown hair, big brown eyes, and I’m tall, with perfect teeth. I didn’t even have to wear braces.

At different times of my life, I was freaking gorgeous, and I’m still not half bad. (There was a time during puberty when I was really weird looking, but I don’t want to talk about that.)

What I have and can do, makes no difference. I’m jealous of young girls, because they’re young, and I’m jealous of old women, because they have such interesting stories. Some were spies during WWII and I’m really jealous of them. I’d have been scared spitless if I had to go spy on the Gestapo, but that doesn’t matter, either.

Those women keep insisting they were stay-at-home moms, but that is probably a ruse, so no one suspected them of espionage. I’m really jealous of people who get to have ruses.

They still can’t discuss their part in Covert Activities, so they talk about Liberty Gardens, and walking to town wearing white gloves, and chatting with their neighbors.

They had really cute dresses, and hairstyles, and radios, and their men always wore hats, and were romantic, and everyone was polite and kind, except the Enemy Across the Sea. And everyone looked like Greer Garson. What’s not to be jealous?

If someone writes, I’m jealous. I don’t agree that bloggers aren’t really writers. I’m writing, so I am a writer. Jealous, much?

I’m also jealous of people who can sing, dance, create art, knit, raise vegetables, invent stuff, who fence, who are archers, who become lawyers, CPAs, doctors, chefs, you name it, I’m jealous. It doesn’t help that we have a ton of gorgeous chefs on daytime television, either. They’re like sex on the hoof, goddesses who can feed people really good food.

I’m a pretty good cook, I can dance, used to ride, write poetry, and if I’d wanted, I could have become a lawyer, or even a CPA. What is my problem? I’ll tell you if you keep reading this whiny post.

I used to teach kids in middle school, and I was jealous of every single one of them. They were all so young and talented, it could make you sick. If someone is busy, I’m jealous imagining all the fun or important things they are doing. If someone says they’re relaxing at home, I’m jealous, even though I am doing the exact same thing.

If someone says they discovered a cure for cancer, I’m jealous, because I wanted to do that, even though the closest I’ve been to a lab lately is when I petted one on the street the other day. I’m jealous of fellow crew members who were holed up in our layover hotel in Monrovia for two weeks until Pan Am could get them out.

Rebels had overthrown the ruling family, and were running Amok, which was not the name of a new country they’d formed. They were using heads as footballs, and going into overtime. The point is, the crew had a great story to tell, and I’m jealous of that.

Being the third child, I was narcissistically deprived. This is a scientific term I made up just now, or maybe someone more qualified said it, I don’t know, but it means that my parents were bored out of their gourds by the time the third kid rolled around, and didn’t make a big fuss over me, and that’s why I’m jealous of everyone else.

However, I never made any trouble, so I was allowed to do pretty much what I wanted. I’m still jealous of me, even after all these years.

And what about those old standbys, wealth and fame? A person could keel over from so much envy burning in her heart, intestines, and what-not. You have to develop a certain set of skills, like Liam Neeson when he was a former spy-cum-assassin, in order not to feel such a common emotion, and learn how to pick these people apart,and find their faults.

You decide someone’s forehead is too big, as if that is sufficient reason to get them thrown out of humanity, and undeserving of so much riches.

I am not alone in my besotted besetting sin; go to any checkout stand in a grocery store, and there will be the absolutely worst pictures you’ve ever seen of the most beautiful women in Hollywood.

They’re stalked by single men with cameras who get paid to snap pictures of them without makeup. These pictures are designed to make the rest of us feel better about how we look.

These guys are single because no woman in her right mind would want a guy who is an expert at catching women at their worst. They do have a cool title, paparazzi, which I’m jealous of, but then anything in a foreign language sounds cool.

Agent Provocateur is another of my favorites. I always thought it’d make a great name for a rock band.

Then, along came social media. It started with some genius bimbos saying, “Let’s have a place online so people can ‘share’ what they’re doing with their friends and family.” This became the equivalent of people writing those obnoxious Christmas letters 24/7, telling everyone how great they’ve done all year.

Jealousy had come home to stay, and Greed, Lust, and Gluttony were really ticked. I’m not sure why; they all get equal time on Facebook.

Code Enforcement And Las Vegas Homeowners: What's The Buzz?
The Buy Nothing Project: Is There Money To Be Made?
Hear No Evil and Speak No Evil and You'll Never Get Invited To Parties
Please follow and like us: 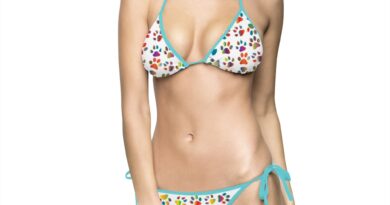 Chezgigis And Ecommerce: Way Beyond Bed And Bath

9 thoughts on “Oh, Jealousy! I’m Jealous of Everybody”