I’ve been considering sending my precious DNA (Don’t Never Ask) to Ancestry.com, or one of those other sites who want us to find out how much of a Native American, or African American we really are. We’re running around, thinking we’re Daughters of the American Revolution, driving Hondas, wearing Manolos, eating sushi. We’re missing out on venison and buffalo, the dishes of our ancestors.

Since I’ve always known I was a Mutt (Many Unknown Territory Twits), in spite of the fact I have a picture of one side of my family’s Coat of Arms that features a gargoyle and a shield, I still thought it might be instructive to find out if there’s anything there that might make my way in this world smoother.

Might I be a protected class all unknowing? Might I have grounds to sue someone for discrimination? Might I just go back to eating my Cap’n Crunch and drinking my Diet Pepsi?

Being a senior citizen, an American, a woman, and a Democrat just ain’t cutting it. No one thinks I’m in danger of extinction, or that the stuff I write might one day serve as a reminder of Years Past. They just think it’s worthy of being buried in a time capsule with no planned date for unearthing it in the distant future. I have a lightning bolt. Stand back from the computer.

The MOTH thinks the whole genealogy thing is stupid. He doesn’t care where he came from, he only cares that the car works when he’s ready to go there. (He’s a mechanic.) He’s pretty sure of his parentage and that’s enough for him. And it’s more than the dog can brag about.

When I see the commercials with people dancing around in lederhosen (the typing monitor suggested “leaseholder,” which is odd), and proclaiming they’re one quarter Lakota, I want to do that, too.

I guess I could do it without the memberships to genealogy sites like Ancestry.com, and the lab results of my DNA, but if some Lederhosen dancing group wants to see proof of my right to wear leather shorts with suspenders, I want to be ready.  And I want to blow that long horn, too. At any rate, I think everyone should be one quarter Native American, even people who’ve never been to America. 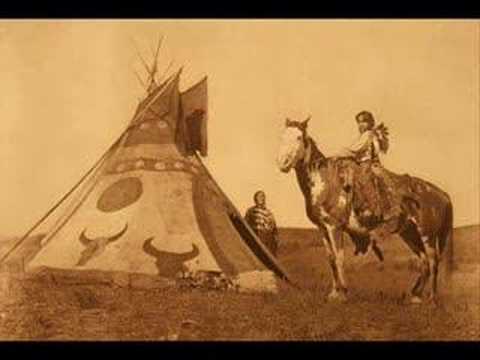 To get a reading on who your ancestors are, you have to send in your spit to a lab. This spit is then compared to the spit of all the immigrants who came to America and checked into our lobby through Ellis Island. Those people were always spitting. It’s how the East River got to BE the East River. It used to be just a babbling brook.

When you’re new to America, it’s okay to spit. After you’ve read the rules, please refrain from doing it on the subway.

After you find out whether you should be wearing Lederhosen, a Tutu, or a Turban, you get to brag about being one quarter Commanche. Then you get to be grabbed by the collar of your polo shirt and thrown out of their annual festival which you try to crash in your Prius. Go to Burning Man. That’s where us white folk go who are only one quarter Blackfoot.

The people who test the Poop in a Box should merge with the Spit in a Box people, and get all your testing done at once. They can check you out for cancer, and whether there really is a part of you somewhere, even if it’s in your intestines, that’s one quarter Paiute.

What purpose does this checking out your ancestry serve? Would I get some of that casino money, maybe, after I find out I’m one quarter Apache? Enough money to feed right back into my slot machines? See, I’d keep it in ‘the family’. I promise.

What’ll probably happen is that someone is archiving this info, and when these groups demand reparation from everyone’s one quarter whatever, they’ll ask for more than a quarter from us. I think it’s better after all, to keep it on the down low. Lower. Lower.

When Martians come for a visit, they’ll contribute some Martian antenna slime. They’ll find out they’re one quarter Navajo and start wearing lederhosen and playing the slots. This is why we worked so hard to get to Mars.